Valve has officially launched its latest handheld gaming console called the Steam Deck. Powered by an AMD APU, Valve claims that the new console is “the most powerful, full-featured gaming handheld in the world”.

The new Steam Deck is technically a handheld gaming PC with a custom version of the SteamOS running on the device. The form-factor does some-what resemble the likes of the Nintendo Switch and the Sony PSVITA. However, the button layout is quite a bit different from the asymmetrical or symmetrical controls that gamers are familiar with while playing games. As you can see, the d-pad is located on the top left side of the device, while the ABXY buttons are on the opposite end. 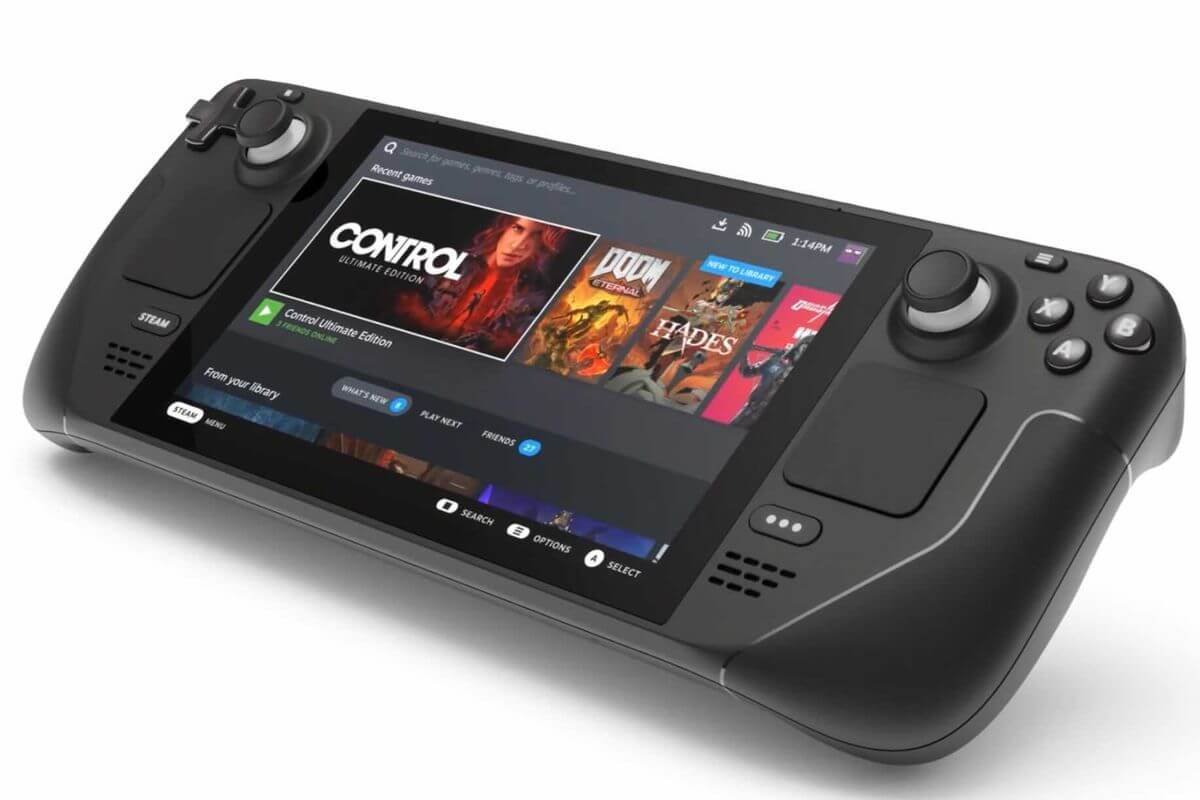 The analog sticks are located also on the top on either side as compared to the usual configuration you would find in a standard controller. That’s because Valve has placed two capacitive trackpads on either side (where the analog sticks usually reside).  The whole purpose of the trackpad is to allow gamers to control the mouse pointer for games that actually require a mouse. There is also a dedicated Steam button on the right side. 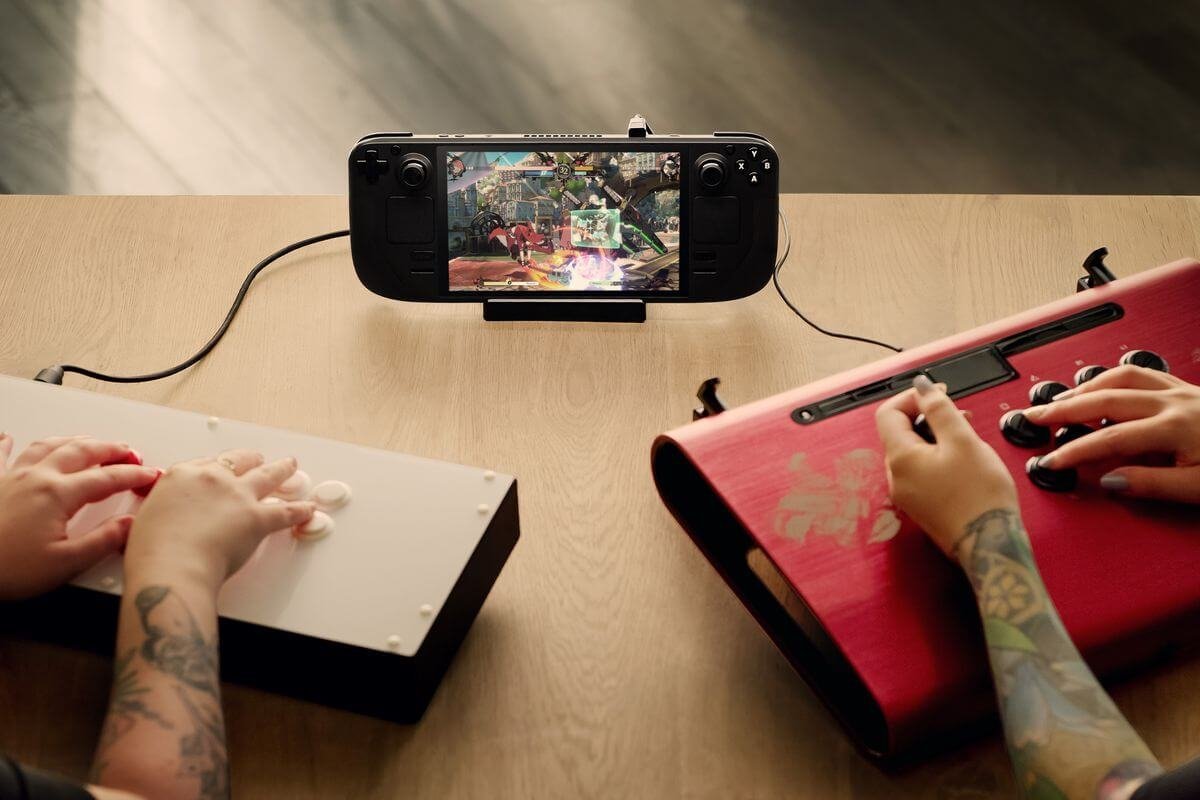 The main display of the Steam Deck features a 7-inch IPS touch panel and with a screen resolution of 1280 x 800, along with a screen aspect ratio of 16:10, and also has 400 nits of screen brightness. The resolution might be something of the past but it’s still good enough for a small screen and easier for the SoC to handle Steam games.

Speaking of SoC, it seems AMD is successfully making its way to more and more game consoles and the Steam Deck is powered by a custom AMD APU. The new chipset features a quad-core Zen 2 CPU that can top up to 3.5 GHz speeds and 8 RNDA 2 GPU compute units that can clock up to 1.6 GHz speeds. The GPU alone has a performance of 1.6 TFlops and the CPU part with 448 GFlops. The device also comes with 16GB LPDDR5 RAM. It should be noted that the maximum TDP of the APU is just 15W. The device also features a 6-axis Gyro sensor to enhance the gaming experience. You also get the usual L1, R1, and L2, R2 buttons and triggers on the rear side. There are also four customizable grip buttons on the back of the device, that are usually seen on high-end controllers. The device also has a USB-C 3.2 Gen 2 port that can be used for data transfer, power charge, display connectivity, and more. The console also supports up to 8K at 60Hz or 4K at 120Hz modes when connected to a monitor via Display Port 1.4 Alt-mode with USB Type-C port. The console also has dual-front facing speakers. The new Steam Deck is set to be released by the end of 2021. However, there isn’t any word yet on the availability of the new gaming console in the UAE.