ARia’s Legacy, the first mobile AR escape room video game, was released by developers The Pixel Crushers. ARia’s Legacy is a true implementation of augmented reality. Instead of displaying objects on a table in front of you, it creates a virtual environment around your physical space that has you walking around your room discovering parts that were never there before. Through the power of ARKit, you can immerse yourself in different levels of mystery using an iPhone or iPad, as you uncover the story behind ARia’s sudden disappearance and discover her legacy.

In ARia’s Legacy, you are a part of a team of archaeologists excitedly looking for artifacts at your newest archaeological site. Suddenly, your shovel strikes a chest that you quickly unearth with the help of various tools around you. When you try to open it, you are seemingly thrown into a locked room that is at once familiar and eerily foreign to you. Your only clue seems to be the chest that you found and the name “ARia” ringing in your head. 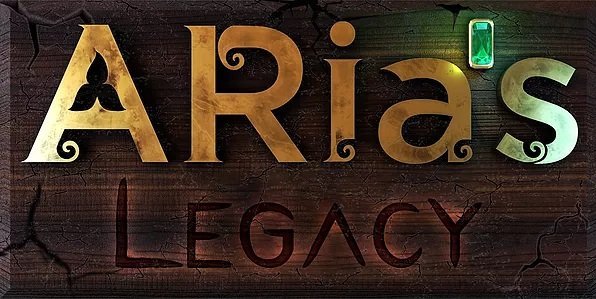 “With ARia’s Legacy, we created an immersive escape room experience that you can enjoy anywhere at any time,” says Galal Hassan, professor of George Brown College and The Pixel Crusher’s project manager. “Augmented reality is meant to have the player move around. Using your environment to solve puzzles is why AR was born. The most successful AR games are the ones that make you move. This is the future of gaming in AR.”

ARia’s Legacy currently has three episodes with at least a new episode being released every month. Since release, the game has been featured in over 90 store regions (iPhone & iPad). The game can be downloaded from the App Store.