Samsung has officially announced its latest gaming-focused laptop called the Galaxy Book Odyssey and is the first in the world to come equipped with NVIDIA’s RTX 3050 Ti GPU. 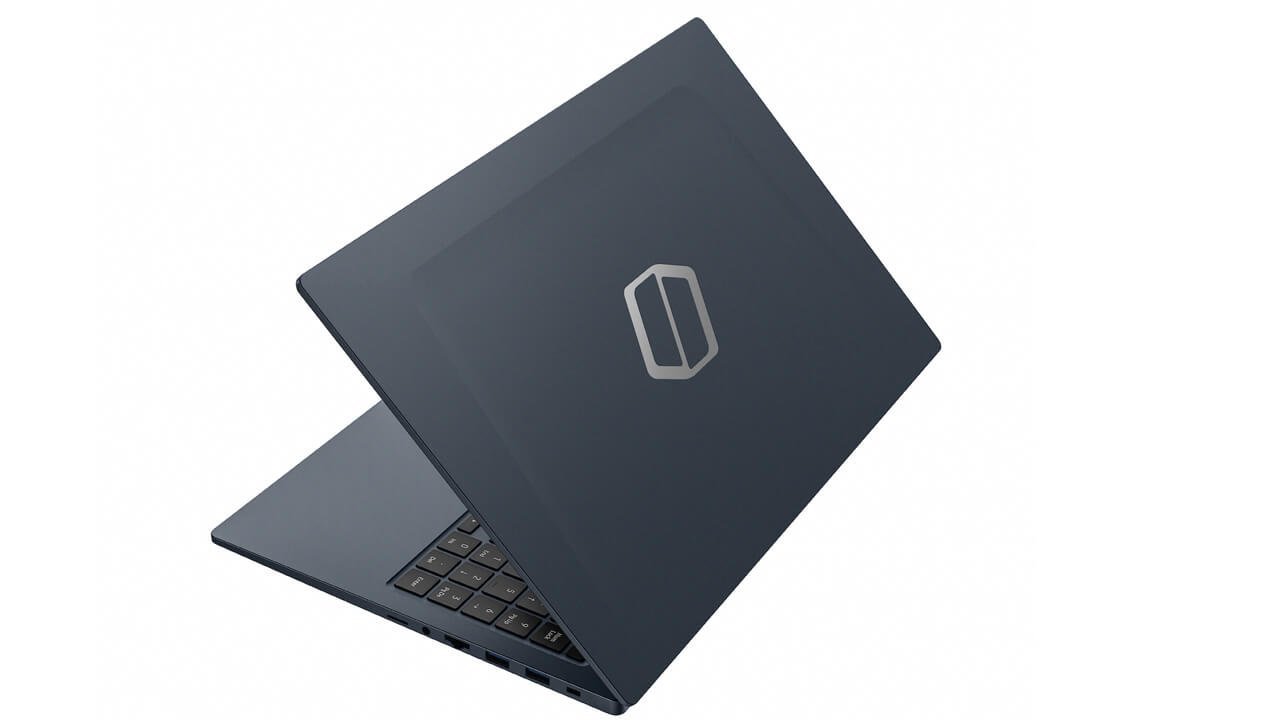 The Galaxy Book Odyssey comes powered by the 11th generation Intel processors with i5 or i7 chips as options. On the GPU side of things, the new Odyssey laptops come with either the slower GeForce RTX 3050 Max-Q, or the faster RTX 3050 Ti Max-Q GPU. Both the new GPUs feature 4GB GDDR6. Samsung mentions that the RTX 3050 should be able to handle Full HD gaming at 60fps and the faster RTX 3050 Ti with up to 70fps gaming at Full HD. 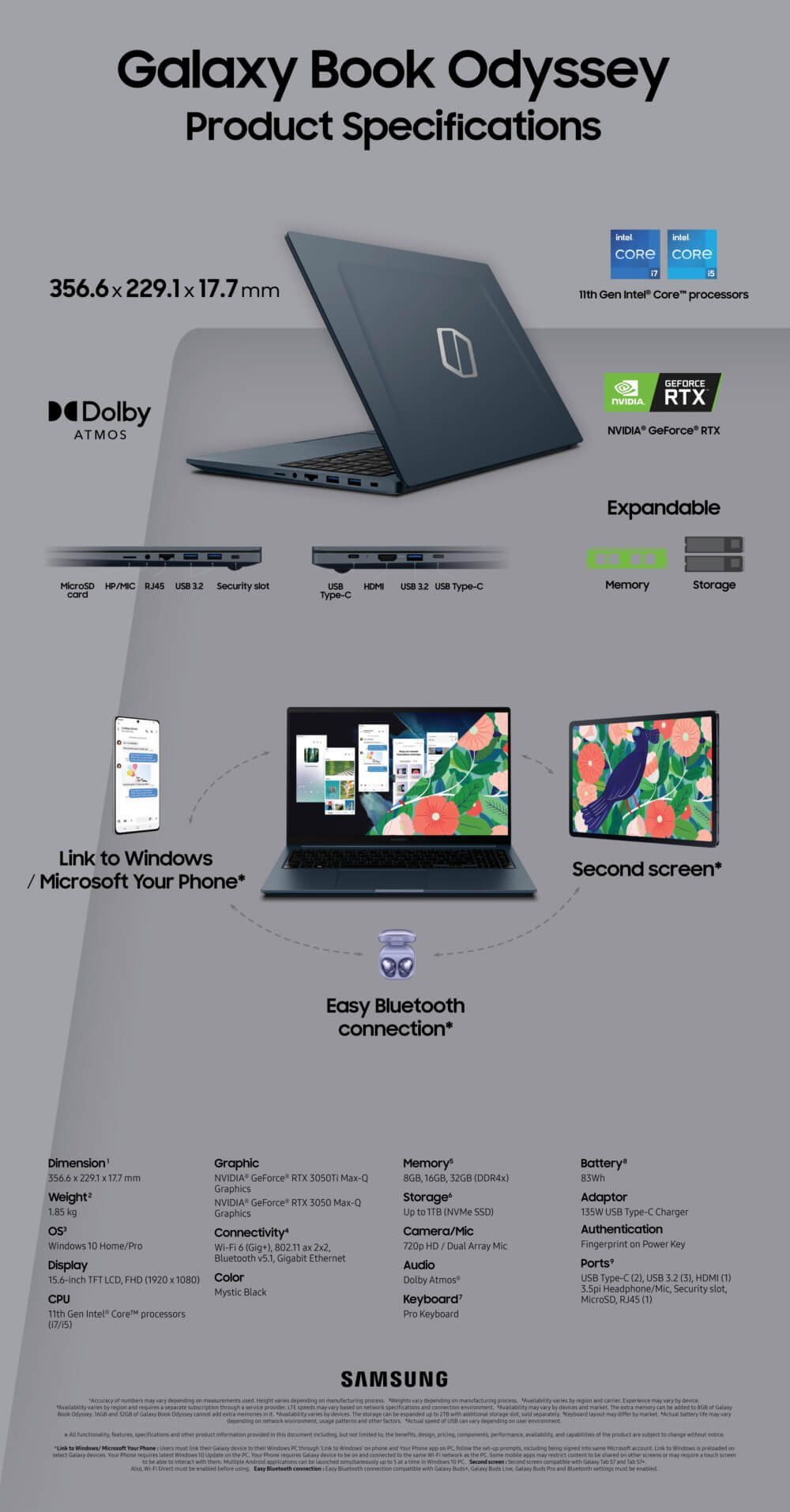 The new laptops also come with configurable RAM options, where the entry-level model features 8GB DDR4 RAM, followed by the higher-end models with 16GB/32GB DDR4 modules. The new devices also come with storage options up to 1TB PCIe SSD and the Odyssey series features an extra PCIe NVMe slot if you want to add in more fast storage. 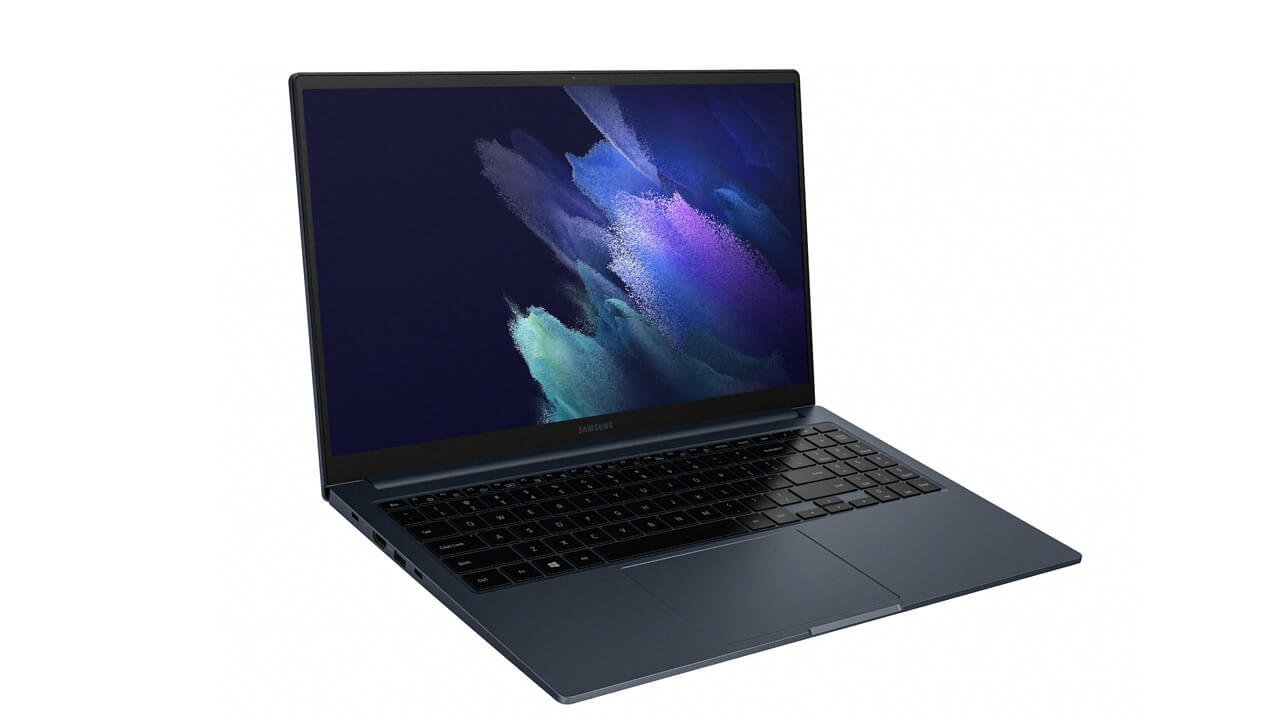 The Galaxy Book Odyssey houses an 83Wh battery. The laptop will come packed with a 135W USB Type-C charger. The Galaxy Book Odyssey is said to hit the shelves by August with a starting price of 1399 dollars (Approx. 5200 AED). However, there is no word yet on the availability of the new gaming laptops in the UAE.