While the demand for high-speed PCIe 4.0 SSDs has increased among both PC and console gamers, the older PCIe 3.0 SSDs still packs a punch in terms of performance and value. We got to try out the Teamgroup T-Force Cardea Zero Z340 2TB PCIe 3.0 SSD and here are our thoughts about the drive.

Teamgroup’s T-Force series SSDs and system memory products are aimed at gamers and performance enthusiasts who want to have the best in their systems. The company offers the Cardea Z340 SSDs in both black and blue colored PCBs, giving gamers the choice to pick the one that matches their motherboard. And we got the black PCB version. 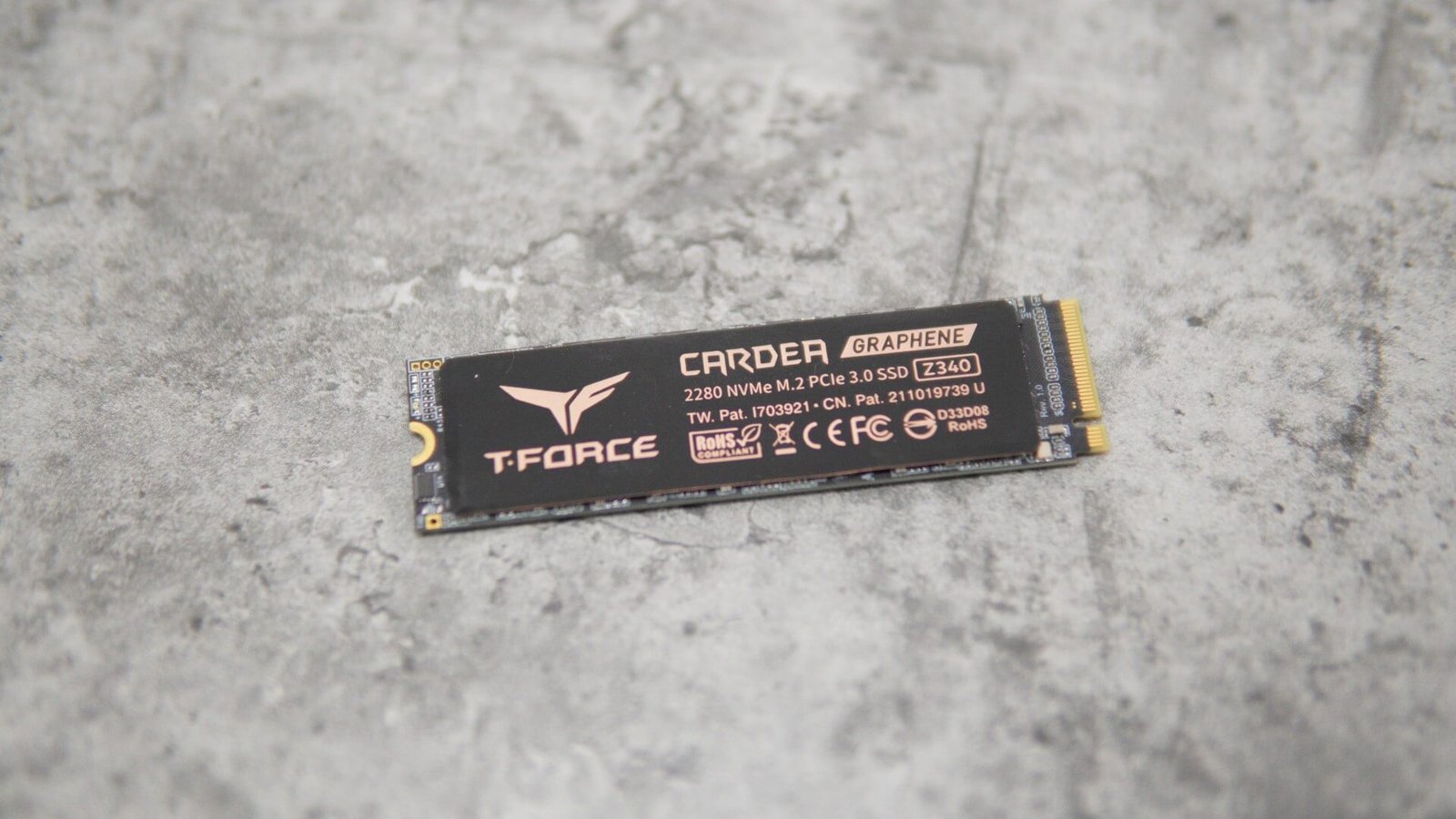 The drive also features a lightweight structure that is less than 1mm thick. While the SSD does not come with any heatsink, Teamgroup has included a patented graphene copper foil cooling module that helps to bring down the temperatures. The frontal graphene foil features the T-FORCE CARDEA branding in a combination of black and gold colors. The rear side of the drive also has a sticker with barcode details. 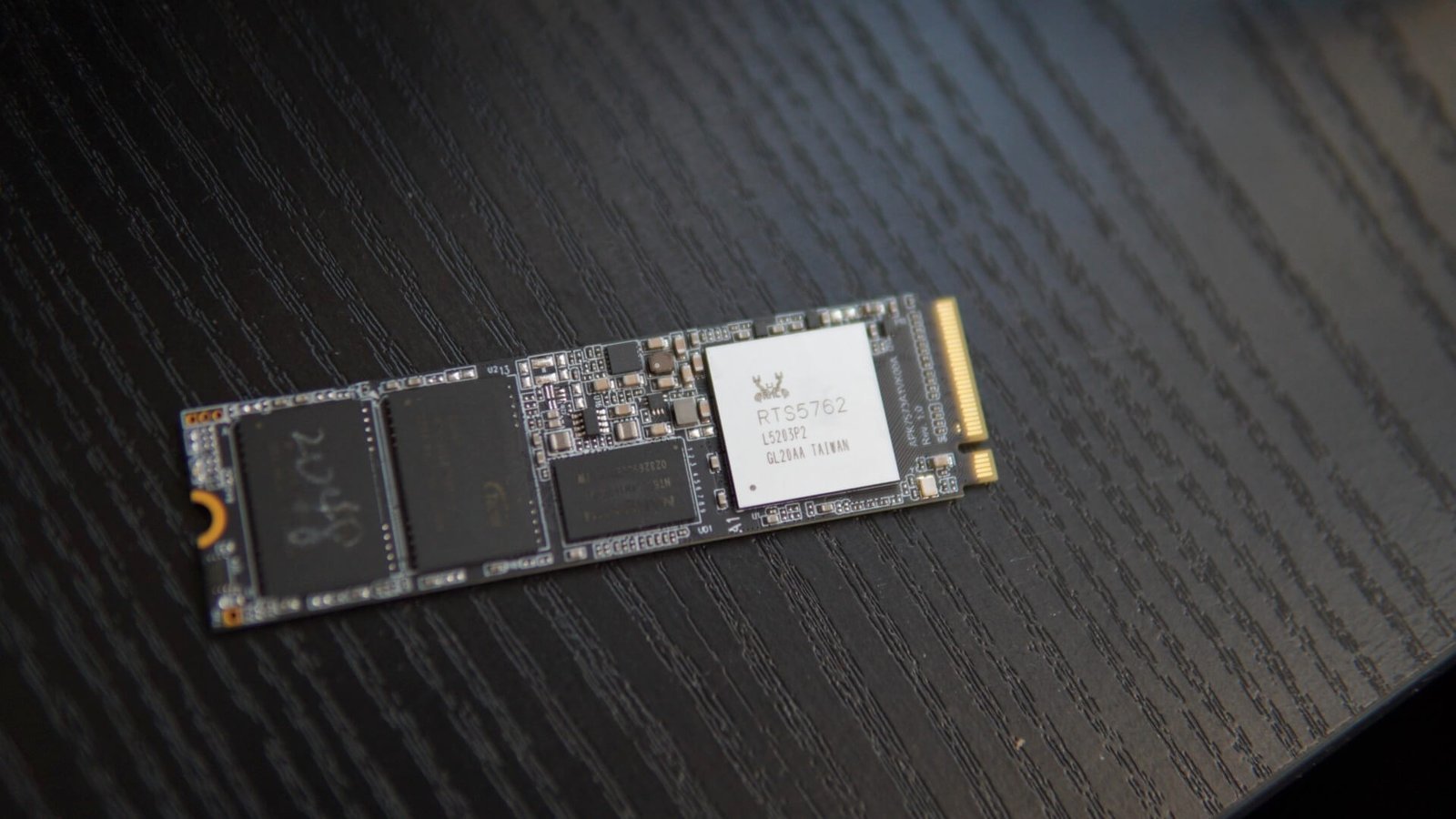 We have identified that the drive uses the Realtek RTS5762 memory controller along with a DRAM cache chip next to it. The drive uses TLC-based NAND memory in which two chips are located on either side of the drive. One thing to keep in mind is that when you try to remove the graphene copper foil sheet from the SSD, placing it back may be a bit of a hard task. The graphene and copper foil separate and will appear really wrinkled. While the motherboard features PCIe 4.0-based M.2 slots, the port switches to PCIe 3.0 mode when the Z340 SSD is mounted. We also noticed that the Z340 SSD has a red LED light on the opposite end of the connector pins that illuminates when the drive performs read and write operations.

We ran some popular benchmark tools such as CrystakDiskMark, AS-SSD, ATTO, HD Tach, PCMark and 3D Mark Storage tests, FFXIV game tests, and manual file copy tests. For our CrystakDiskMark test, the drive performed read speeds at 3290MB/s and write speeds at 2262MB/s. With ATTO, we got 2835MB/s read and 1311MB/s write speeds. With the PC Mark 10 storage test, we got a bandwidth of 212MB/s and an average access time of 133μs. 3DMark storage tests report an average bandwidth of 200MB/s and an access time of 157μs. While using the EndWalker gaming benchmark test, the game loading time achieved was 12.36 seconds. 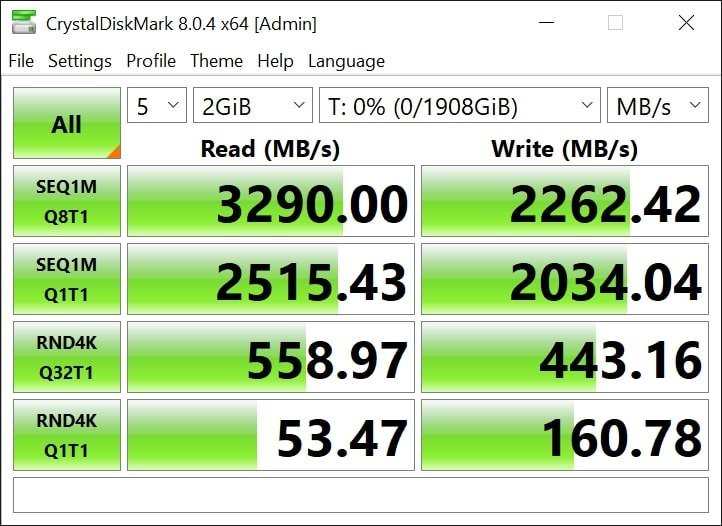 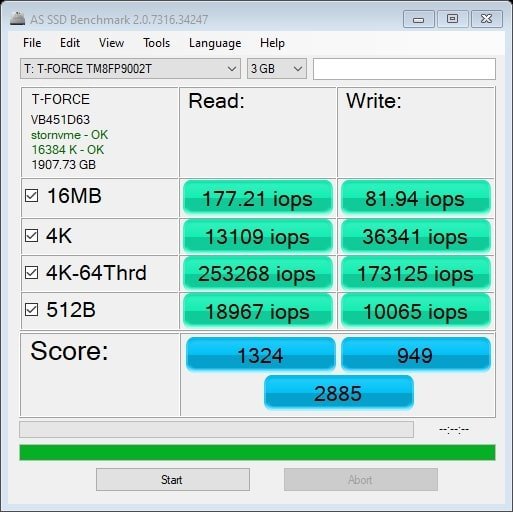 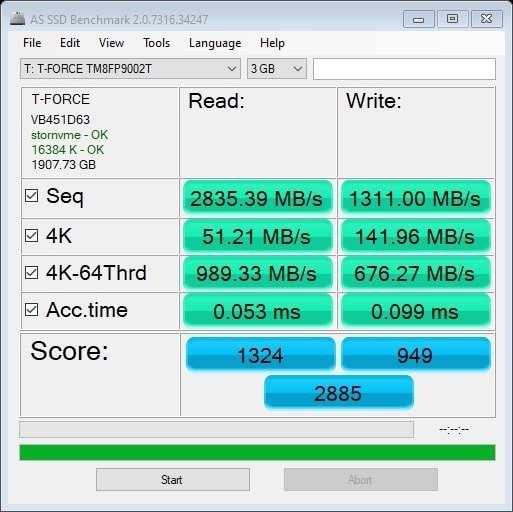 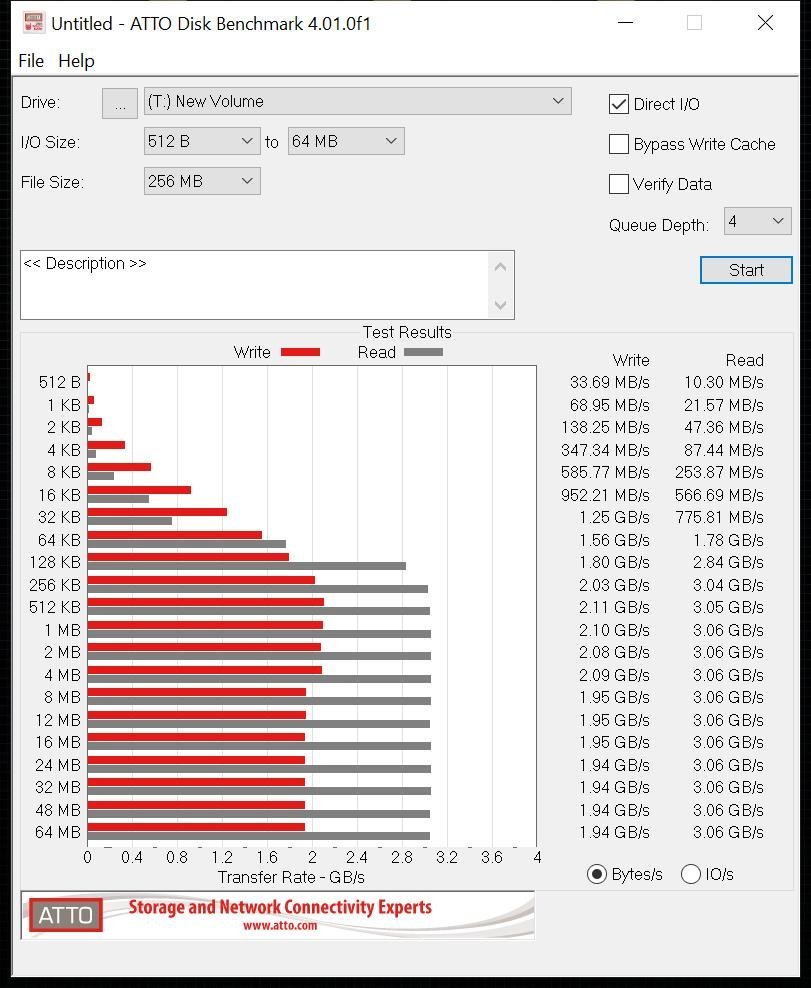 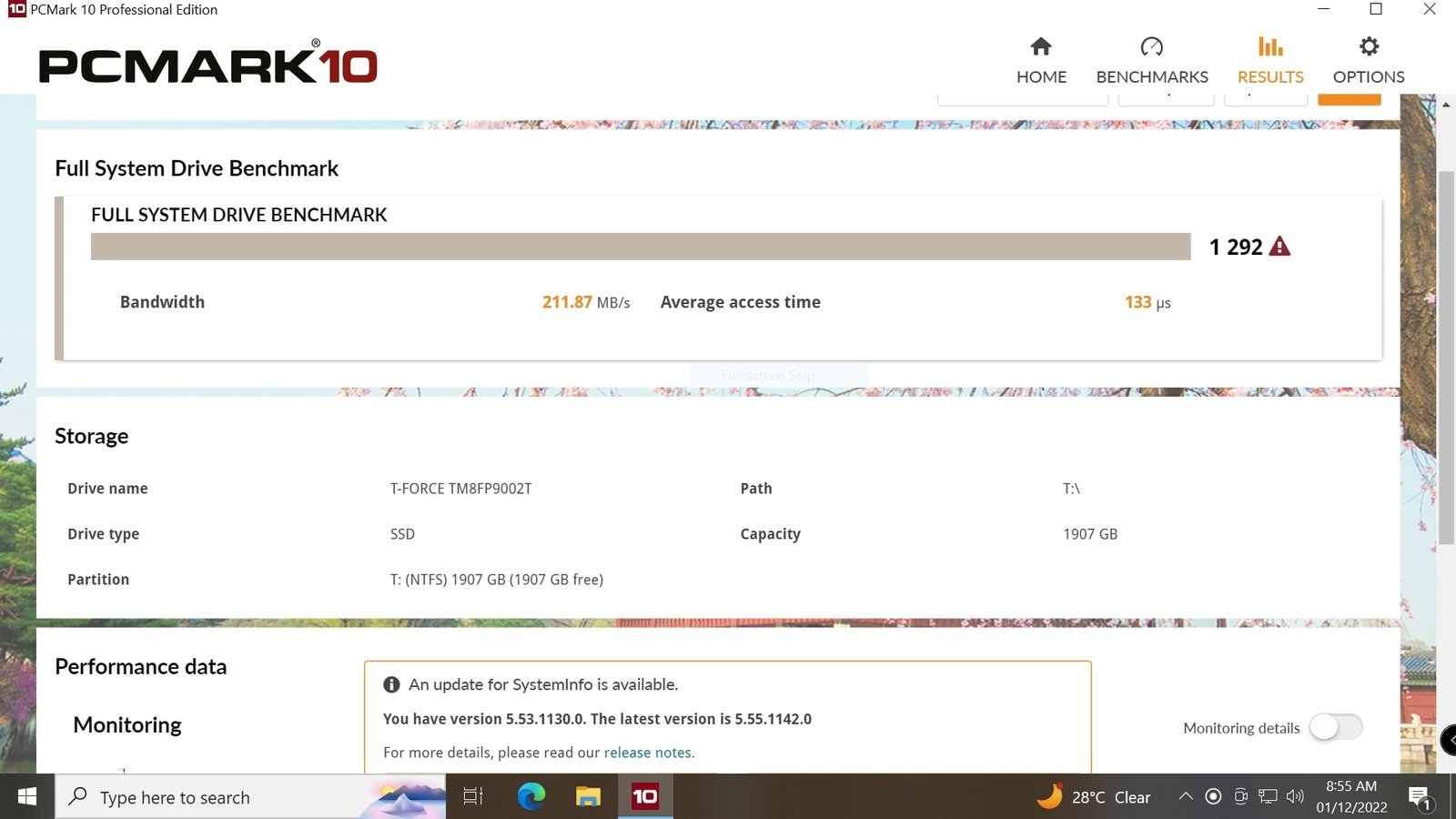 During our file copy tests, making a copy of a 200GB file within the drive took about 3 minutes and 46 seconds. The write speeds stayed at an average of 1.21GB/s, thanks to the DRAM, and there was a tiny instance where the speeds dropped a bit. We even tried copying from other SSDs and the write speeds were more or less the same. The temperature of the drive was around 60 degrees on average and at one point, the drive reached 64 degrees. Do keep in mind that this was tested on an open testbed so the temperatures could rise higher in an enclosed case like inside a laptop or an SSD enclosure. That said, at idle stages, the drive remains at 40 to 45 degrees.

While PCIe 4.0 SSDs are now known for their high-speed read and write performances, PCIe 3.0 is still an excellent choice for those looking for SSDs at lower prices. The speeds offered by PCIe 3.0 is still good enough to be used as an OS drive for quick boots, fast game loads, creative workloads, etc. The Teamgroup T-Force Cardea Z340 2TB SSD delivers performance with read and write speeds up to 3500MB/s and 2900MBs, respectively. The drive comes with a special super-thin graphene copper foil that helps to keep the temperatures lower. The drive has an endurance of up to 2000 TBW. The device also uses a Realtek RTS5762 memory controller with DRAM and TLC NAND memory. Users will also be provided with 5-year limited manufacturer warranty.