While smartphone gaming mainly depends on touchscreen controls, there are some games that are better played with a physical controller. This is quite true in the case of first-person shooters, racing games, and more. We got a chance to review the SteelSeries Stratus+ wireless controller, designed for Android, Chromebook, and Windows devices. Here are our thoughts about it.

While console and PC gaming are here to stay, the popularity of smartphone gaming just keeps increasing and you are able to play multiplayer competitive games with even a mid-range or an entry-level smartphone on the go. And when it comes to the layout, you always have a choice to choose asymmetrical or symmetrical controllers. The new SteelSeries Stratus+ is based on the usual symmetrical design. The controllers come with analog thumbsticks that are made by ALPS and they feature L3 and R3 clickable buttons. The analog sticks are comfortable to use and I did not notice any drifting at the time of the review. On the middle is the button with an “O” to access the home, along with directional left and right buttons. Above these three buttons are the LED indicators for the devices that you have connected.  The D-pad on the left side is well made and feels premium. You also have the X, Y, A, and B operational buttons on the right side. The blue, yellow, green, and red dots in the middle of the buttons represent the controller’s compatibility with Android and Chrome OS. The design R1/R2 and L1/L2 buttons on the front side do remind us of Xbox controllers. On the frontal middle portion is the USB-C port, along with a button for pairing the device to a compatible Android or Chromebook, and another button to lock the phone mount when inserted. The controller is comfortable to hold and play, although, the build quality could have been a bit better. The trigger buttons feature Hall Effect magnetic sensors that contribute to a better gaming experience with precision and smooth operation, especially while playing racing for first-person shooter games. The controller weighs about 244g. 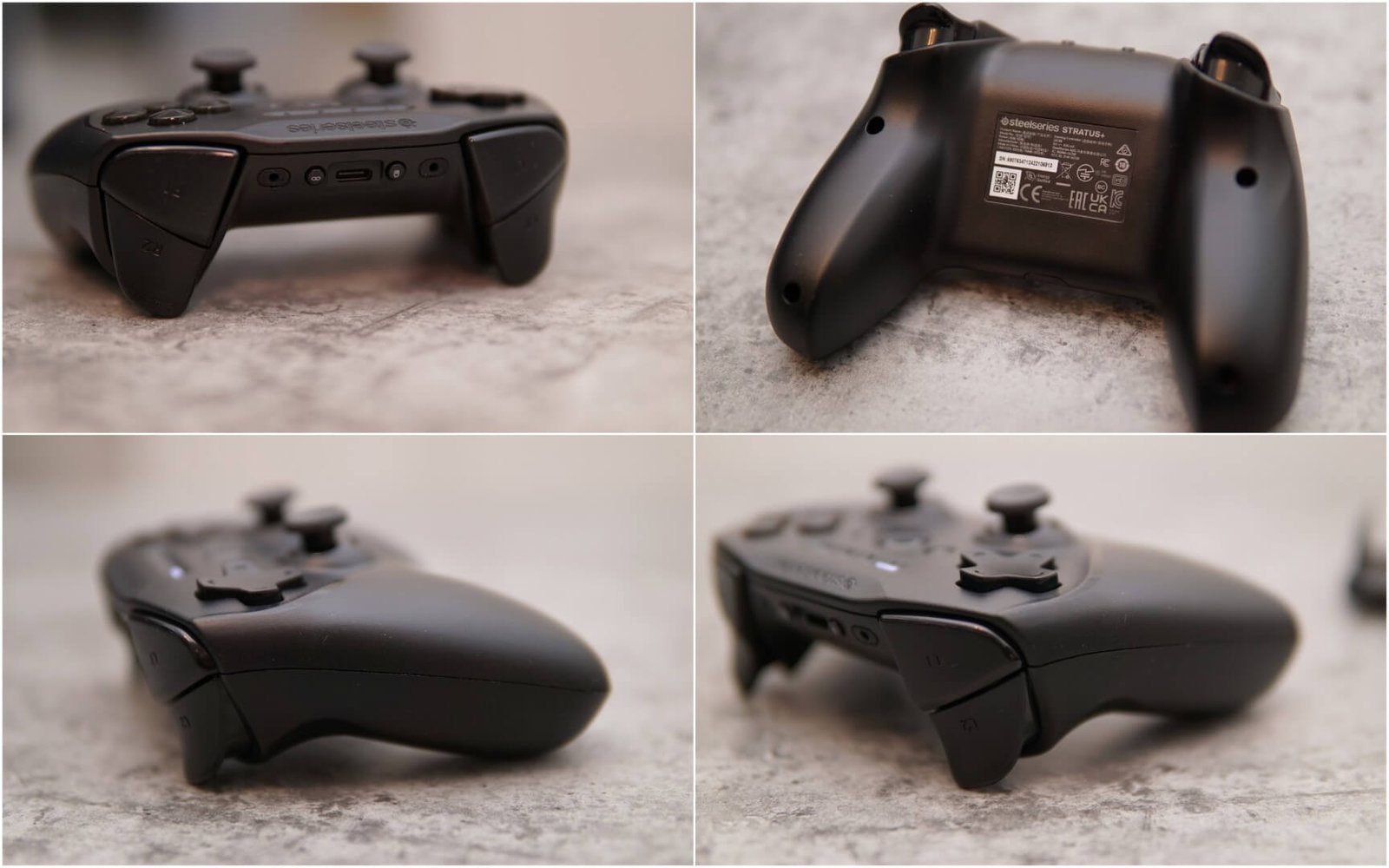 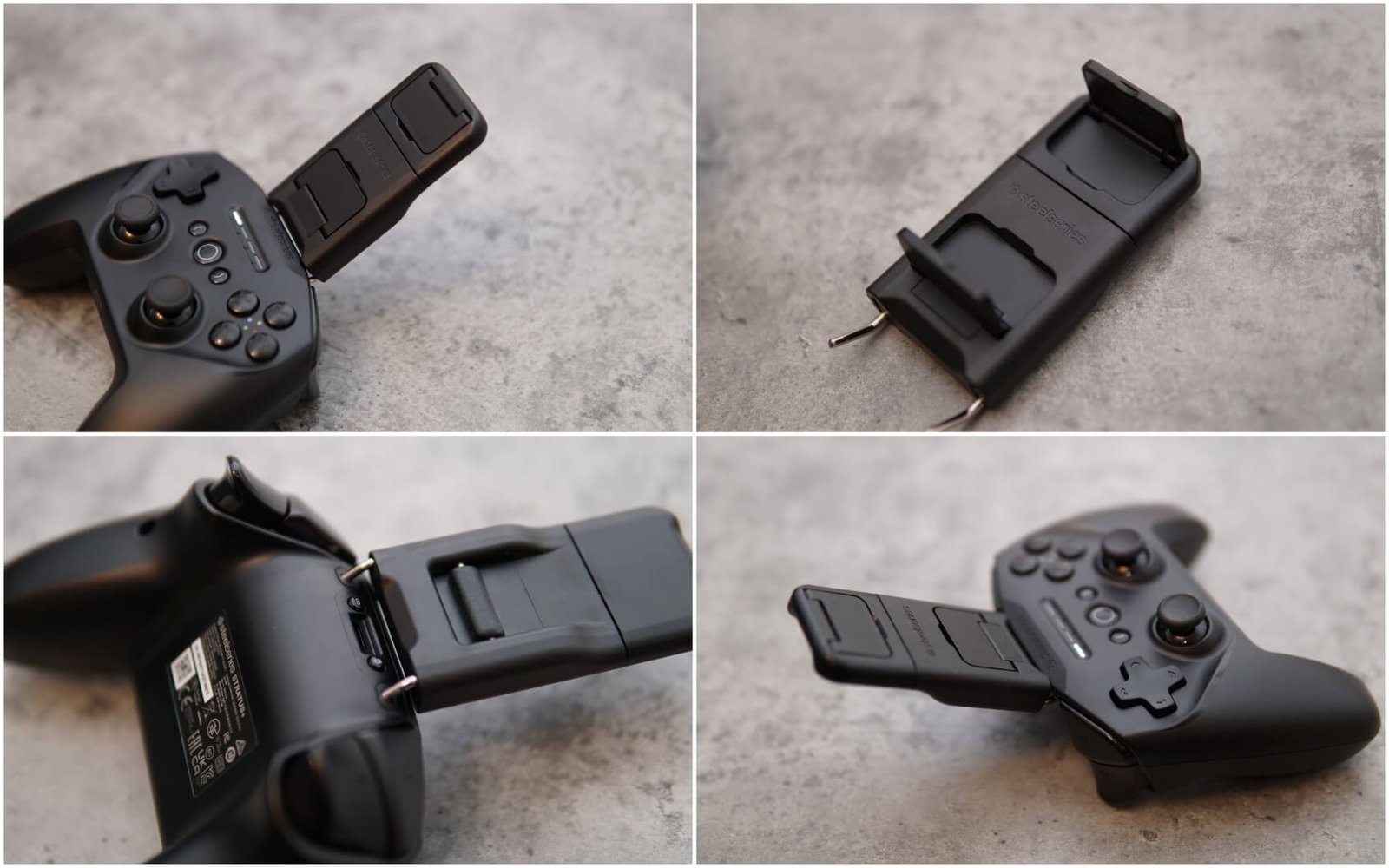 We recently had a chance to review the Samsung Galaxy S22 Ultra 5G and we also tried the smartphone with the SteelSeries Stratus+ controller. And as you can see below, the phone mount easily holds the large smartphone without any issues. While it did feel a bit front-heavy when playing games, the controller was able to hold the phone mount firmly without us worrying that the mount may fall off. Connecting the controller to the smartphone is easy when pairing for the first time and also while reconnecting when needed. While the SteelSeries Status+ is meant for Android smartphones and Chromebooks, you will also be able to use the controller on Windows PCs via a USB-C to A cable. We played several games including Asphalt 9, Fortnite, and other titles that have native controller support. Although, we were a bit disappointed with the fact that we couldn’t get the controller to work with Call of Duty: Mobile, as the game failed to detect the device even when it was already paired with the smartphone. The controller is also a good addition for those who emulate a lot of legacy console games on their smartphones. We also tried the controller with a Samsung Galaxy Tab S8 Ultra and it worked flawlessly. 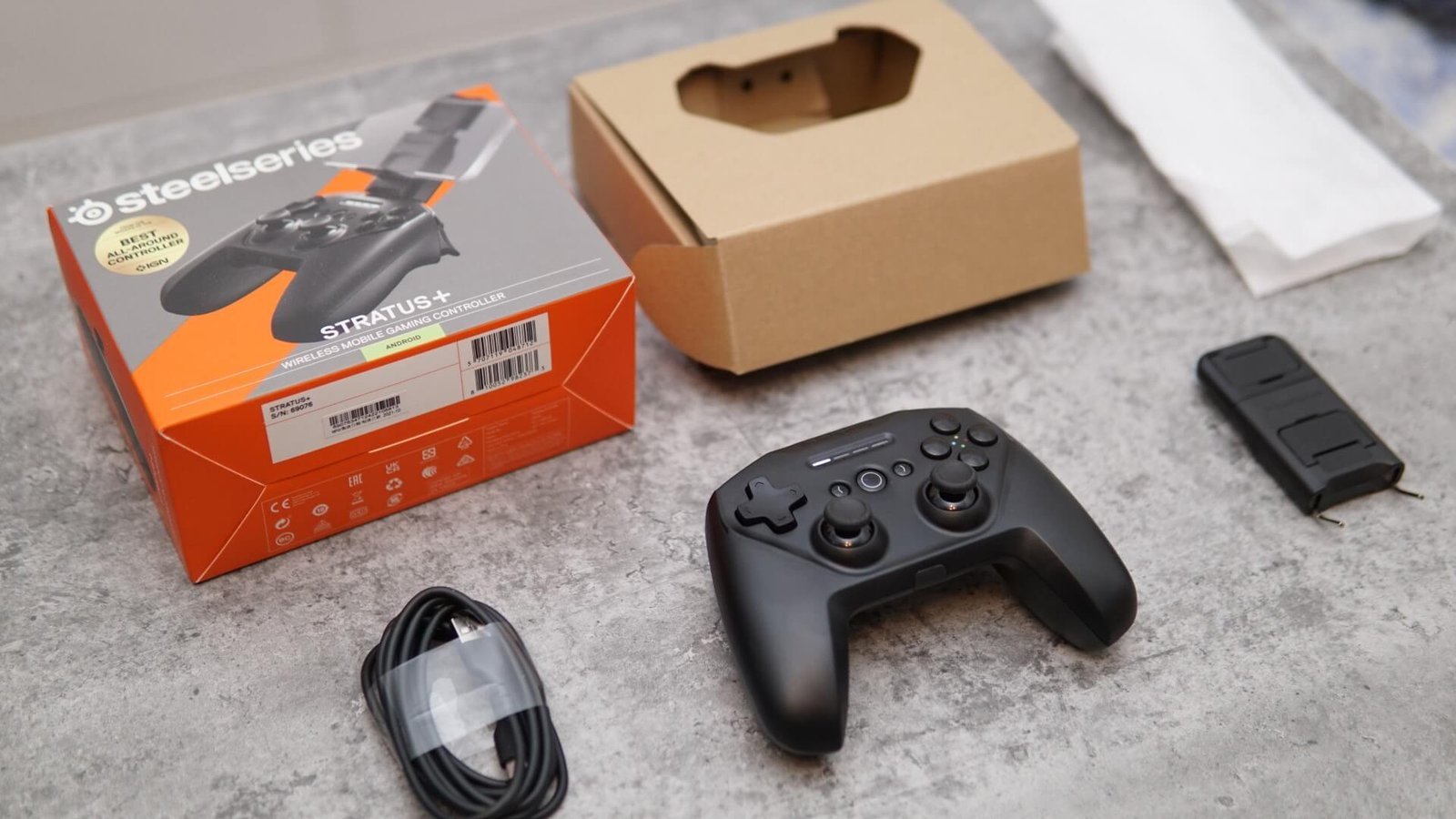 If you’re looking for a controller that works well with Android smartphones or Chromebooks, then check out the new SteelSeries Stratus+ wireless controller. The device features a design that is comfortable to use while gaming, The symmetrical controller layout is something many users are familiar with, and the analog sticks are made by ALPS. The backside trigger buttons are fitted with Hall Effect magnetic sensors for a better feel while gaming. You can also connect the controller to any Windows PC via the included USB-C to USB-A cable. The phone mount that comes with the controller features a slim-profile design and can hold any Android smartphone, including the big-screen models. The mount with a smartphone locks firmly with the main controller. The device also features up to 90 hours of battery life with support for fast charge capability.