In Super Ghost Warrior 3, you play as Jon North, an American sniper dropped into enemy territory in Georgia, a country in Eastern Europe. Players can customise weapons and accessories, pilot drones, drive vehicles and decide how they want to take on challenges in the game’s open world maps. 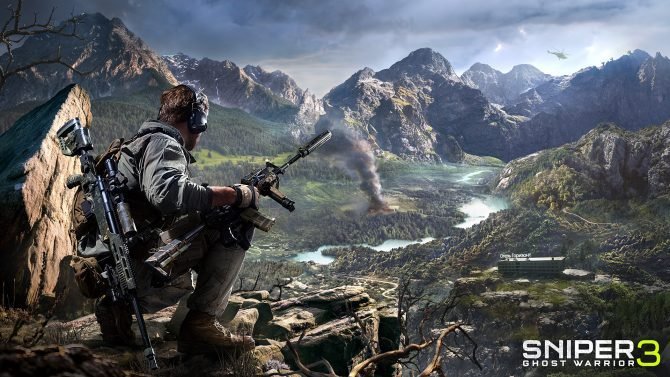 On the surface, Sniper: Ghost Warrior 3 is the kind of game military fans dream of. While it’s primarily known for its sniping mechanics, the game lets you freely explore an open world environment, while tackling story missions, side-ops, or whatever you may find in the wilderness of Northern Georgia.

It doesn’t hurt that the game’s mission structure is a natural playground, empowering the player to tackle concrete objectives in a way that feels naturally free and fluid. With Sniper Ghost Warrior 3, developer CI Games has done a very good job to keep you intrigued, if you can look past some of this titles glaring problems.

After a few hours of gameplay, I can say that Sniper Ghost Warrior 3 excels in what it was really built for – sniping. Lining up targets, finding the best sniping spot and sneaking around both rural and urban environments is a treat. Players can use a drone to spot landmarks and enemies and Jon North can scramble up certain terrain and structures to find the best way to access enemies.

Three different skill trees – Sniper, Ghost and Warrior – help make your character more powerful. As a Ghost, you can go in close, silently taking down and/or interrogating enemy soldiers for added Intel while a Warrior is the guns blazing approach. Obviously, with the name Sniper at the head of the game’s title, that is the pillar that feels the most refined. You can also loot, tinker on a work bench and spend money to buy new equipment, weapons and skins.

Sniper Ghost Warrior 3’s game world looks good and captures the look of a nation deep in conflict, juxtaposing humble towns and villages with the brutalism of Soviet style architecture elsewhere. Most of the world remains in the hold of nature with trees and plants dominating the landscape, with imposing buildings and structures jutting out at different points. The hubs aren’t huge and don’t take long to navigate, especially in the buggy, which zips across most terrain, but can get stuck if you’re not careful. Sniper Ghost Warrior 3 also has all the elements of a shooter that I enjoy. Stealth, sniping, collecting, customising and upgrading weapons – it’s all here. However, the game isn’t without issue though, and bugs can interrupt your play. You can also get stuck in the environment, which forced me to reload the latest checkpoint on a few occasions. But then, when it works, Sniper Ghost Warrior 3 has its moments where it completely engrosses you.