GameSir is one of the popular gaming brands known for offering great controllers, keyboards, and accessories for PC, consoles, and smartphones. We take a look at the new user-customizable GameSir G7 Wired Controller for Xbox consoles and PC. Here are our thoughts about it. 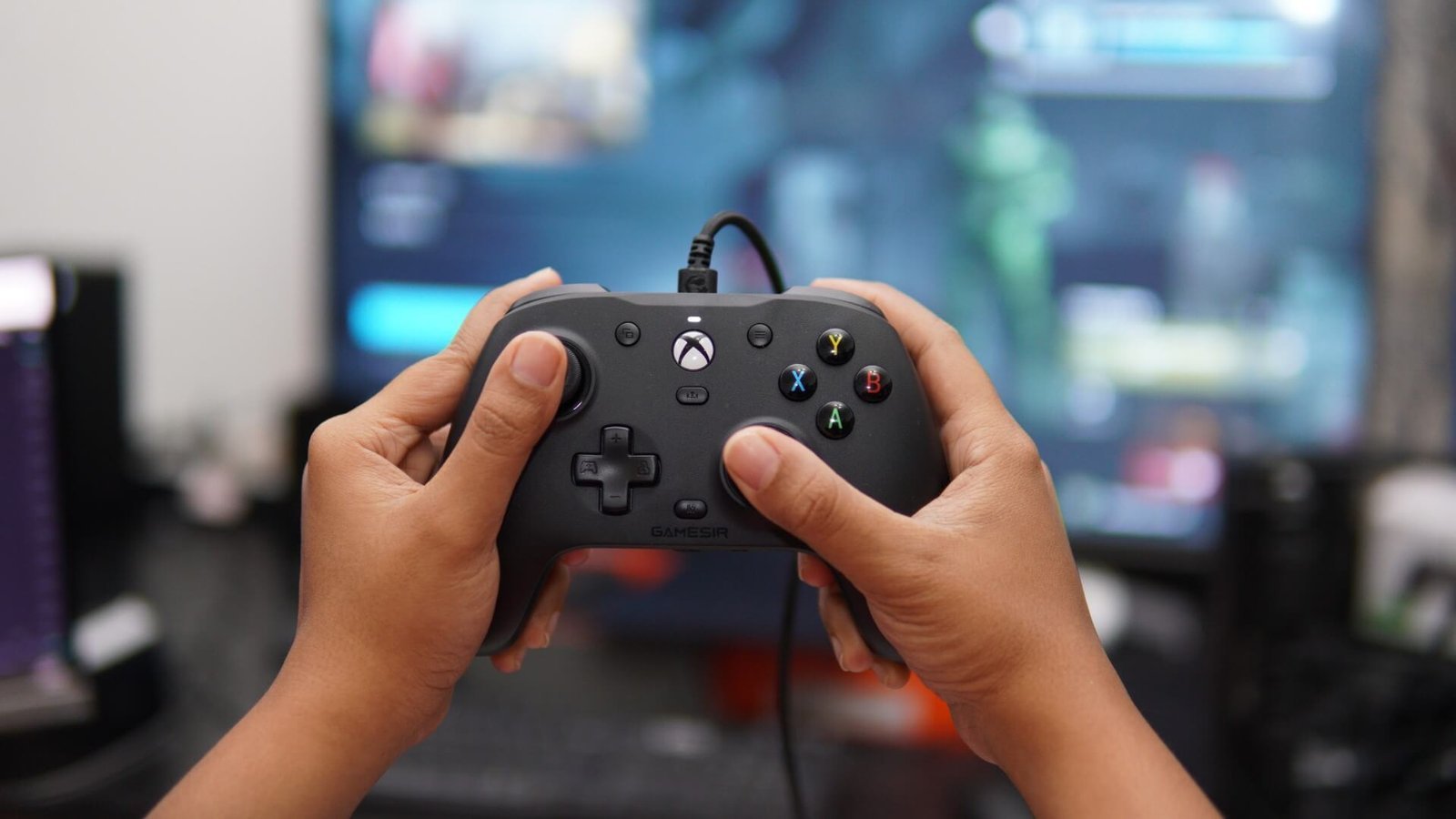 While the GameSir G7 shares a similar design as the latest Microsoft Xbox controller, the new device features magnetic swappable paint-friendly faceplates where users will be able to draw their favorite patterns. Users will get both black and white swappable faceplates for each controller. The front control buttons are also refined for more comfort. The X, Y, A, and B face buttons feature a 5-layer structure that is specially designed by GameSir for better tactile feedback and can last for over 5 million clicks. The microswitches used in the face buttons only require a minimum actuation distance of 0.6mm. And with the included soft rubber pad, users can experience satisfying presses of the face buttons while gaming. It produces a soft clicky sound when pressed and the sound reminds us of the super-quiet mouse that Logitech has in the market. Unlike the original Xbox controller, we noticed that the G7’s main Xbox button is not backlit and there is a separate LED indicator instead. The controller also features a total of four rumble motors, two of which are located on both the grips that offer strong and subtle vibrations, while the other two are inside the trigger buttons for precise feedback of impacts, gunshots, or driving in your gameplay sessions. For pro-level gaming, there are two extra back buttons on the rear side which you can map on the go without the need for any software to do so. The GameSir G7 controller also offers improved competitive gaming experiences, featuring a 265Hz polling rate and a low input latency that is less than 0.004s. The D-pad on the controller is designed for better audio controls on the go. By pressing the Up and Down buttons with the M button, you will be able to control the master volume. And by pressing the left and right buttons with the M, you can control the voice chat volume. The 3.5mm headphone jack is located under the controller along with a dedicated microphone mute button for those concerned about privacy. The button illuminates in red when activated. GameSir also included precision-tuned Hall Effect analog triggers (LT and RT) that offer precise and smooth actions that react to the slightest of our finger movements during gaming. And for FPS games, gamers can switch to the Hair Trigger mode by simply holding the M+LT/RT button combination until the controller vibrates as an indication. While gaming, we noticed that the LB and RB are really quiet when pressed as compared to the original Xbox counterpart. The controller also has a special texture on the rear bumpers for better grip as compared to the original Xbox Series X controller. We like the part where the textured surface is also included over the LT and RT analog triggers for a better gaming experience. While the USB-C port is conveniently located on the rear side, we were not able to properly connect any other USB-C cable (other than the really long included 3-meter textured cable that GameSir provides). Since the port is placed deep inside, users may find it hard to connect and properly fit other USB-C cables if they want to replace them. The controller is very comfortable to hold and weighs only 256g. I played Halo Infinite using the GameSir S7 controller and the gaming experience is really good. 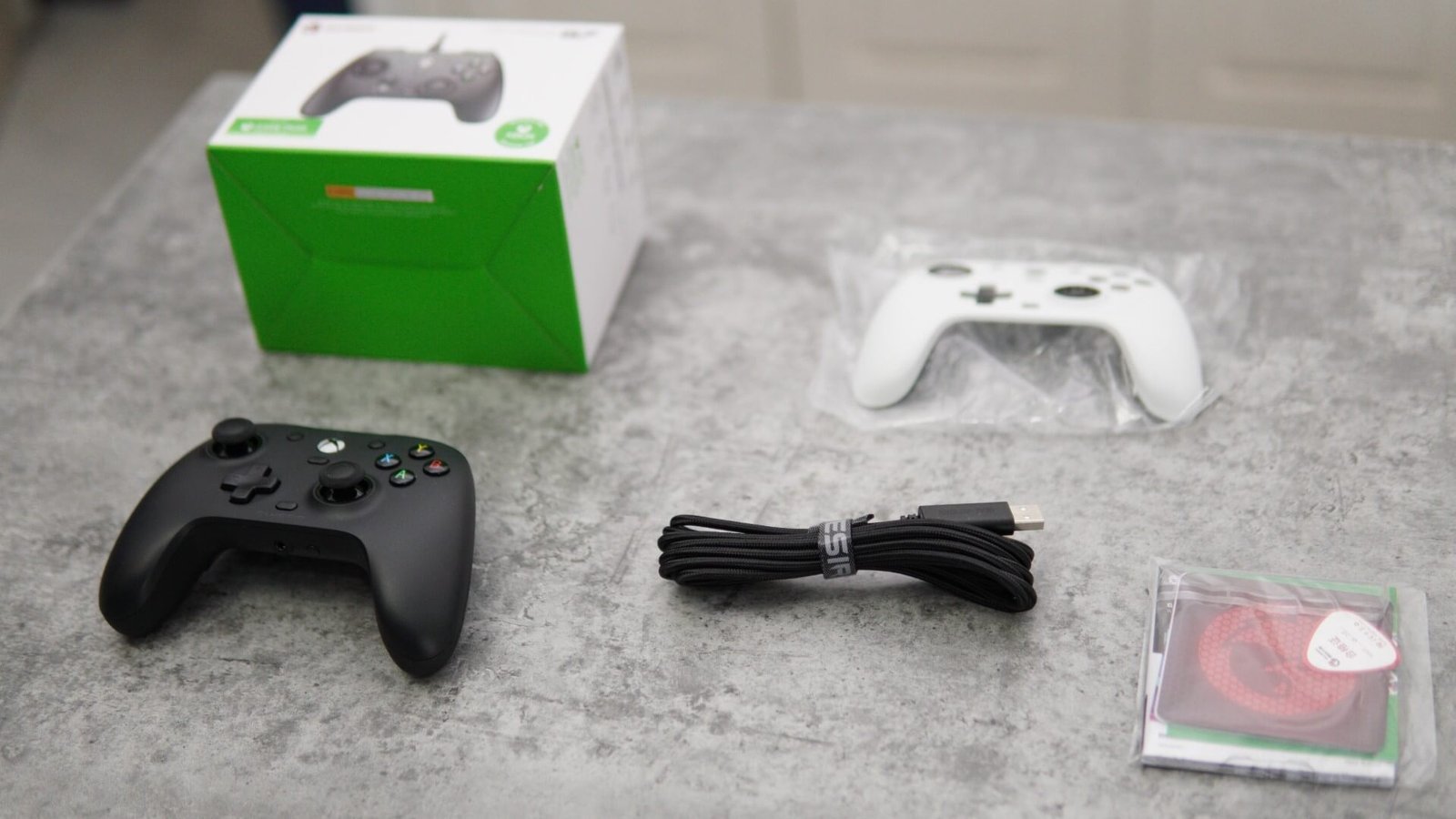 The package contents include the GameSir G7 controller, one white swappable faceplate, one 3-meter USB-C cable, a user manual, after-sales documents, a GameSir sticker, and an Xbox Game Pass Ultimate code with 1-month usage. The controller is designed to be compatible with Xbox Series X, Xbox Series S, Xbox One, and even PCs/laptops running Windows 10/11 OS.

Gamers will also be able to perform several customizations using the GameSir Nexus software. Gamers can create controller profiles by simply mapping the buttons, tweaking the D-pad, optimizing the triggers zones and analog sticks, adjusting the vibration, and more. Gamers can also set the deadzone to zero via the GameSir Nexus application and switch between the default mode and Raw mode for enhanced gaming experiences.

For those looking for a pro-level gaming controller that works for both Xbox consoles, PCs, and laptops, then the GameSir G7 is a good choice to consider. While the device features a lightweight design that resembles the original Xbox controller, the new G7 comes with swappable faceplates where users can also draw or sketch their favorite design patterns with their imagination and creativity. There is also a dedicated mute button next to the 3.5mm audio jack. The hall effect analog triggers and the rear bumpers feature vibration motors and also a special textured finish for a better grip and gameplay experience. The analog triggers and is fine-tuned for high performance and come with anti-friction glide rings, along with a 265Hz polling rate and a low input latency of less than 0.004s. The XYAB face buttons come with a 5-layer structure for better feedback. Users also can control the master and voice volume with the combination of the M button and the D-pad. Along with the latest Xbox Series X/S consoles and PC,  the controller is also compatible with the previous generation Xbox One. Users will also get a free month of Xbox Game Pass Ultimate access, along with an extra white-colored faceplate, stickers, and a 3-meter high-quality USB-C cable.