Along with its long line-up of gaming motherboards, GPUs, and monitors, ASUS also offers some great gaming accessories such as mice, keyboards, and headphones. We got a chance to try out the ASUS ROG Chakram Core gaming mouse and here are our thoughts about it.

When it comes to picking a good gaming mouse, the design, comfort level and controls are key factors. The new ASUS ROG Chakram Core features a dimension of 132.7 x 76.6 x 42.8 mm and weighs about 111g. The device has a total of 9 control buttons (the left and right click buttons, the scroll wheel, two buttons on the left side, and the 4-way joystick control in digital mode). 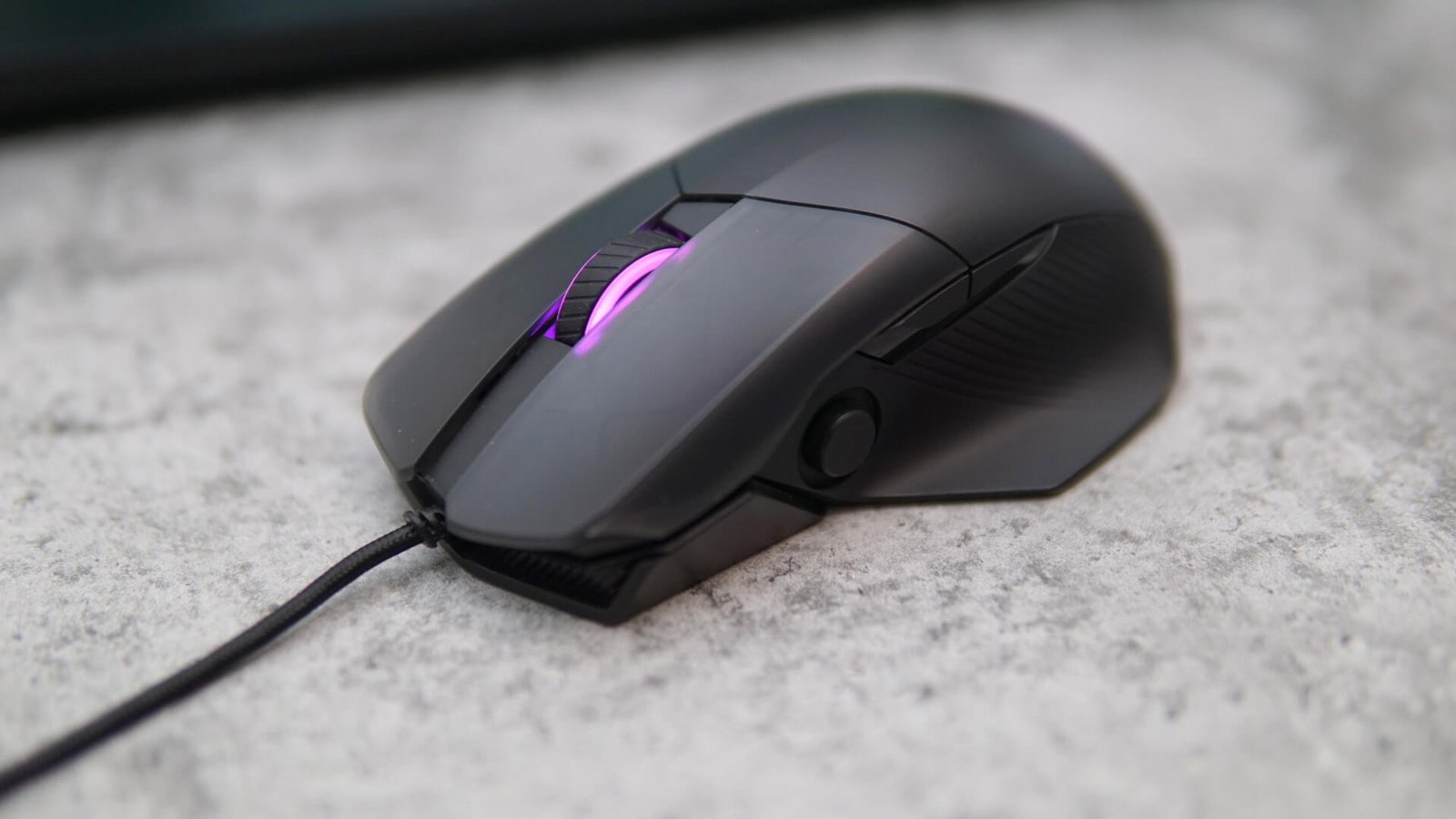 The joystick can be configured to work in analog or digital modes that suit your style of gaming. When in analog mode, the mouse lets you make use of a 256-level of control that is similar to a real analog joystick. And while in digital mode, the joystick works in four directions. 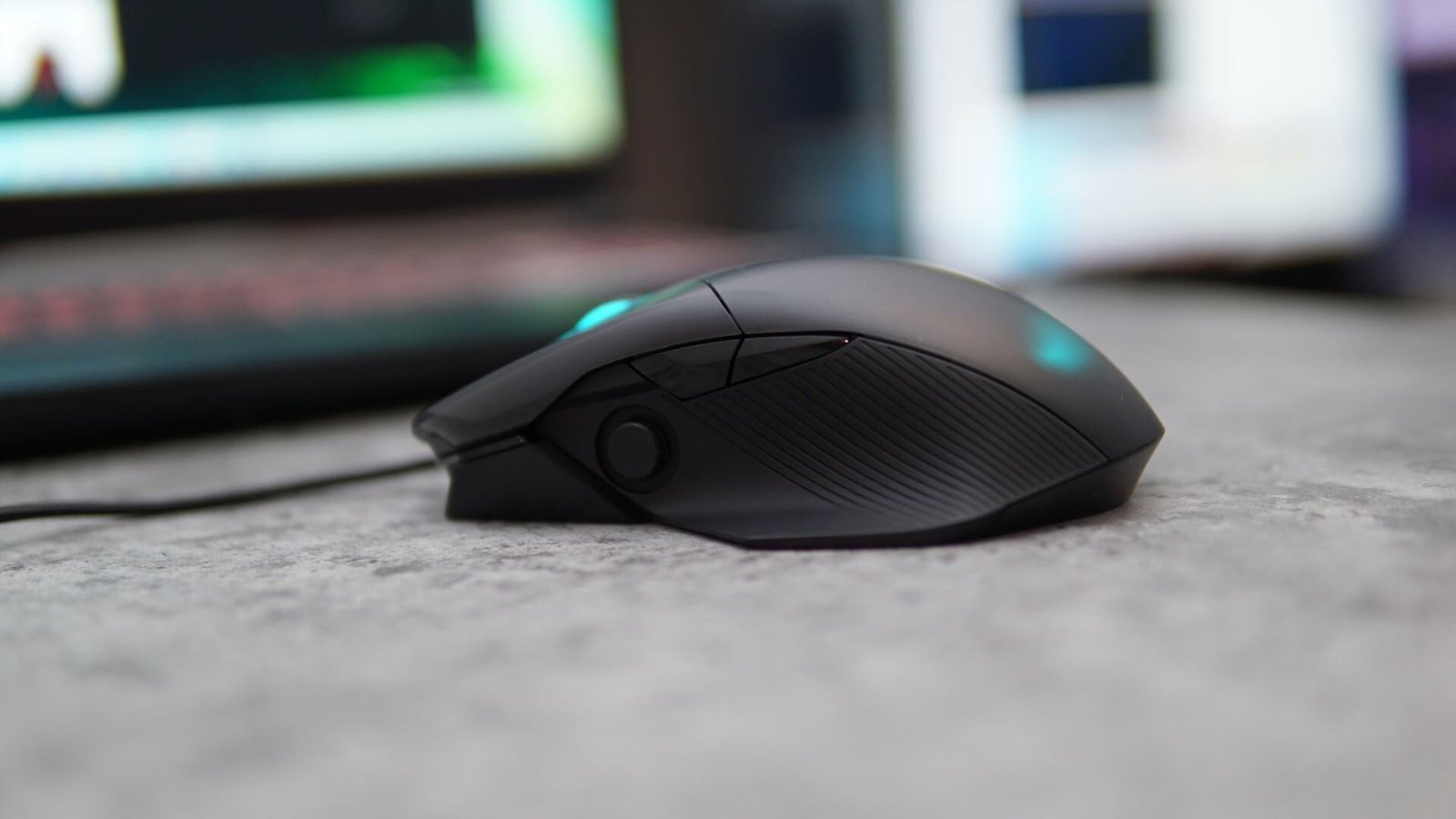 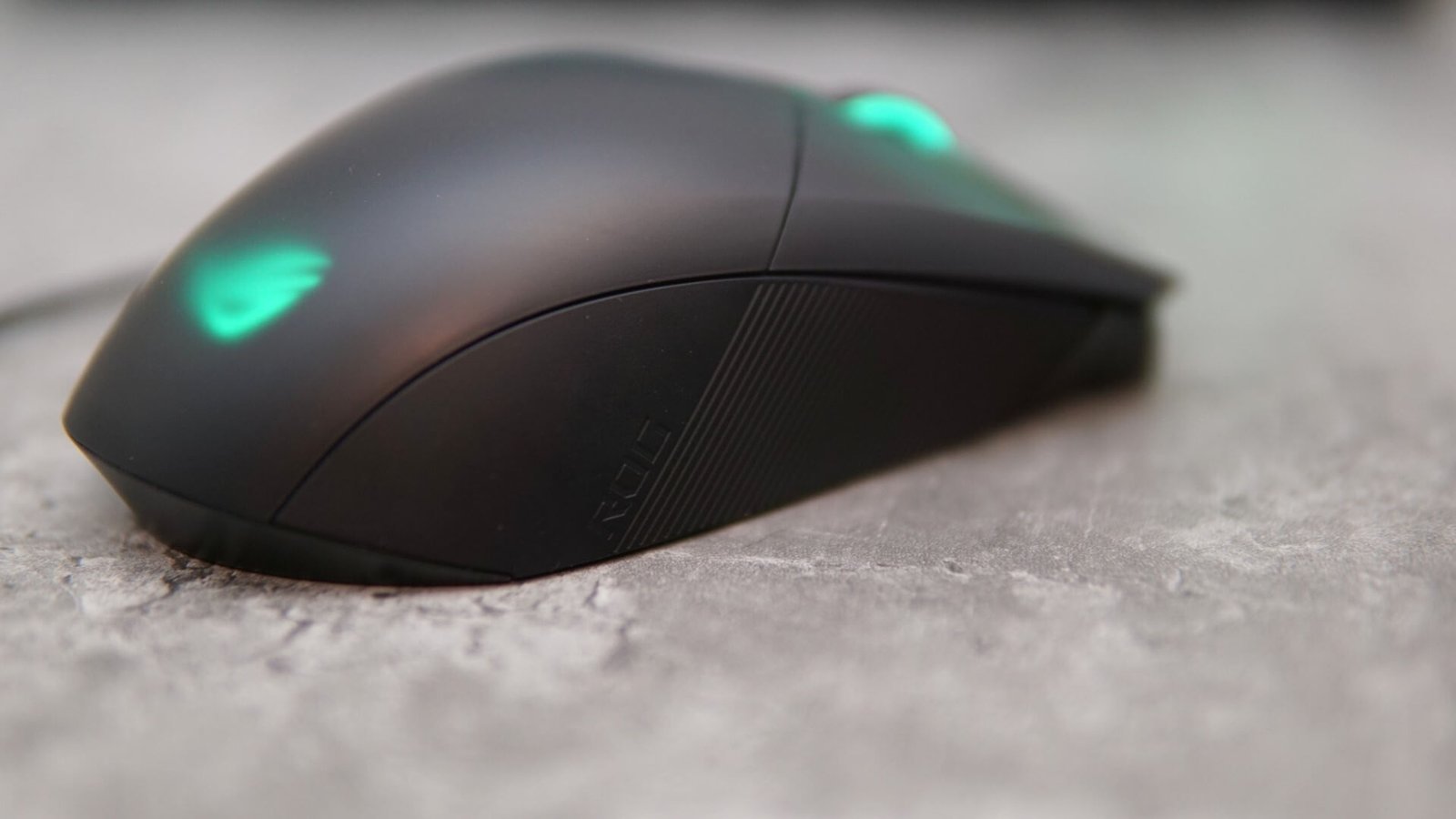 The DPI button is located on the bottom of the Chakram Core gaming mouse. The mouse also comes with a 1.8m braided cable. 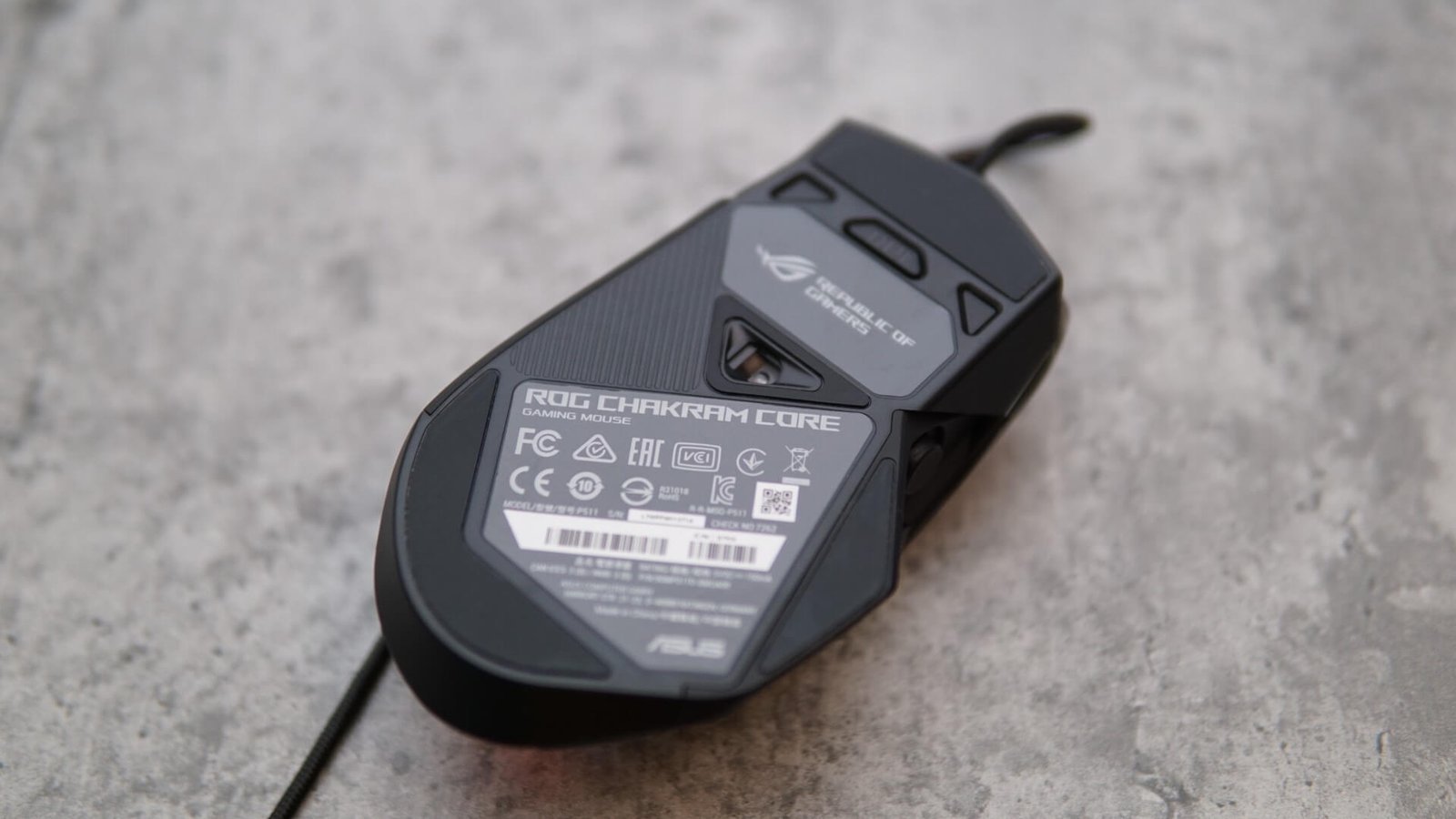 The Chakram Core is designed to be a screwless, modular design, featuring a detachable magnetic rear cover and buttons, along with interchangeable weights and swap switch sockets. You can adjust between 13.6g, 97g, and 111g weights. And changing the push-fit sockets helps to alter the mouse button actuation force. 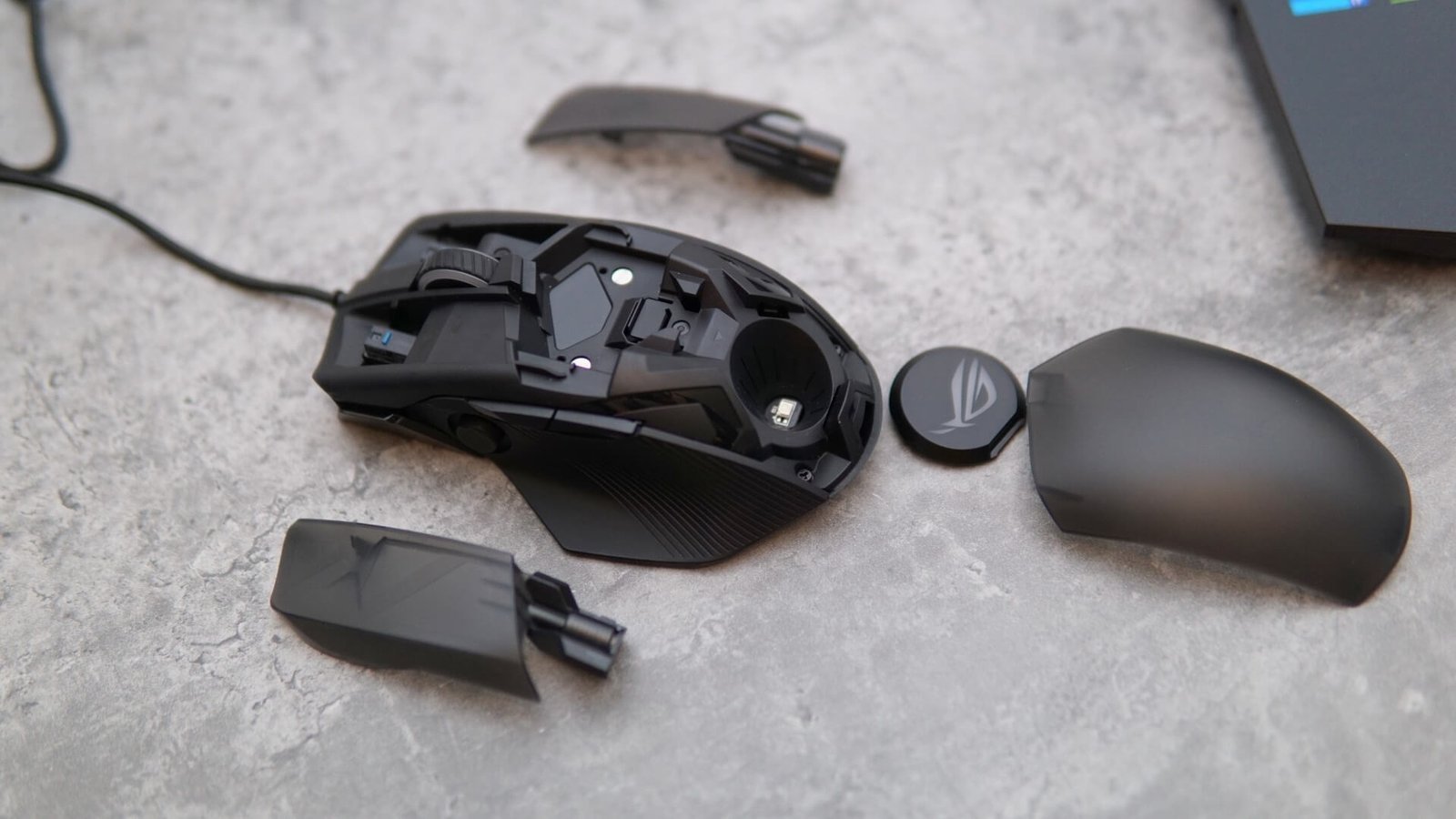 The ASUS ROG Chakram Core is a high-performance gaming mouse, featuring the PAW3335 Optical Sensor which is capable of a resolution that ranges between 100 and 16,000 DPI. The maximum speed of the sensor is 400 IPS and the acceleration is 40g. And the maximum polling rate for the USB is 1000 Hz.

The mouse also comes with the Omron (D2FC-F-K) 50M switch type for the left and right mouse buttons. The Chakram Core is also fitted with pivoted buttons that offer shorter travel and quicker clicks. This mechanism makes use of springs and metal hinges to balance the keys, and in turn, minimizes the distance between the buttons and switches.

Additionally, with the Armoury Crate application, you will be able to map Stealth, Instant Screenshot, or Target Focus commands to any of the buttons or on the joystick with digital mode enabled. The purpose of the Stealth function is to hide all the apps and mutes the audio for privacy. The Target Focus is meant to instantly lower the sensitivity level when you are playing the role of a sniper in FPS games. The mouse is also officially verified for NVIDIA Reflex Latency Analyzer for monitoring the mouse responsiveness.

If you are looking for a good gaming mouse that offers several customization options for both features and design, then take look at the ASUS ROG Chakram Core. The mouse has a comfortable and ergonomic design and has a total of nine buttons, four of which are from the 4-way joystick when on digital mode. The modular design of the mouse allows users to interchange the weights based on their choice and also replace the switches. 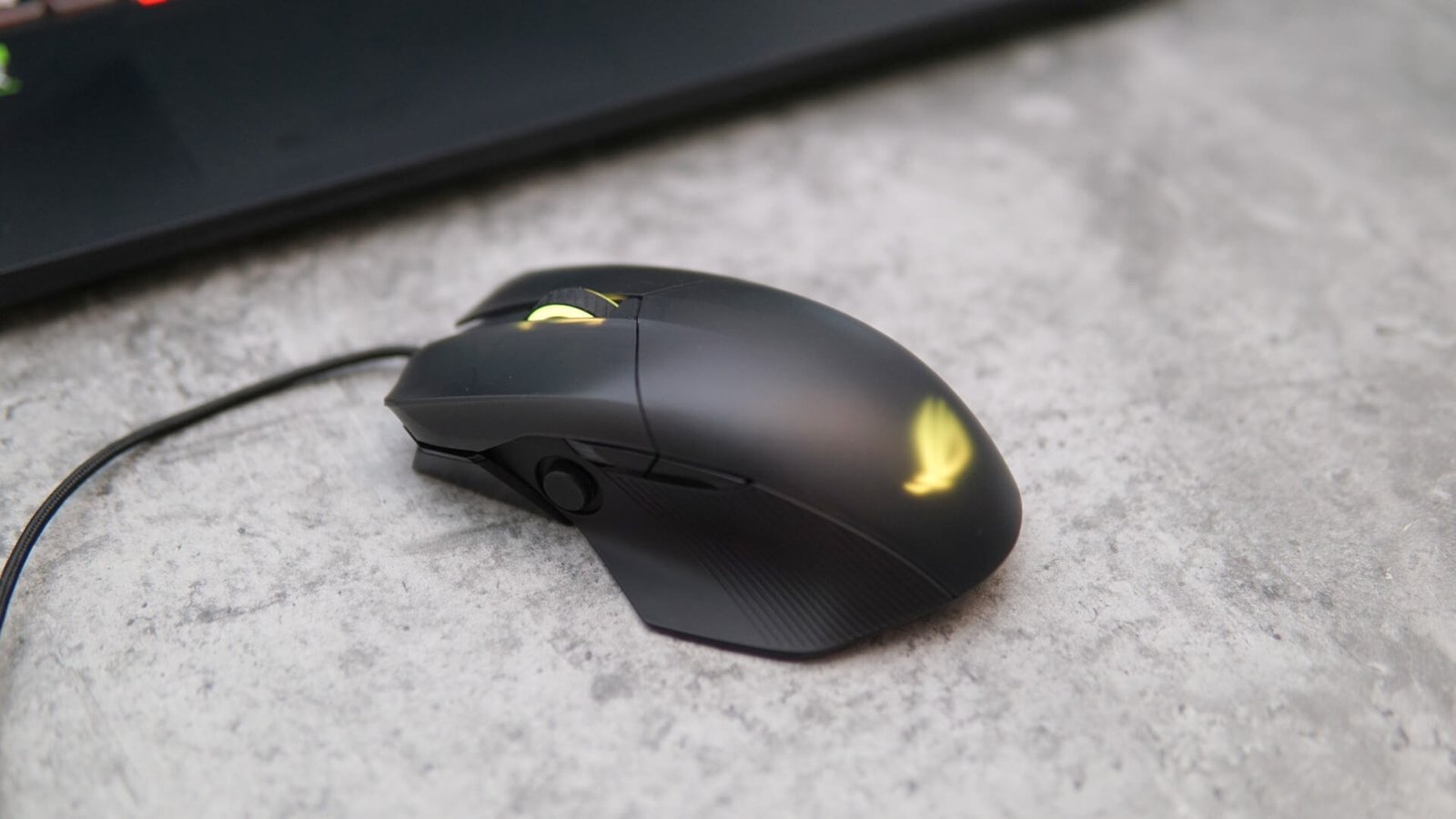 The mouse also has outstanding performance where the DPI can be customized between 100 and 16,000 resolution, along with 400 IPS, 40g acceleration, and 1000 Hz maximum polling rate. Thanks to the pivoted buttons, users will experience quicker and more tactile clicks. You can assign Stealth, Target Focus, and Instant Screenshot functions to any key with the Armoury Crate application and the mouse also features Aura Sync RGB lighting.