Mobile Legends: Bang Bang is one of the leading and sought after mobile multiplayer online battle games online for free. Since it came out in 2016, many players have started streaming on Social media on how they play this strategic game with other gamers in the gaming community. And for the last four years, Mobile Legends: Bang Bang have become a popular game across Southeast Asia and were selected for the first medal event sports competition at the 2019 Southeast Asian Game in the Philippines.

For the record, there are currently around 75 million active players of Mobile Legends battling within the arena today. And as you expect it, anyone is free to play the game. What’s even fantastic is that even Senior adults try to stream this kind of gameplay with the younger members in their family.

This factor is something that is not typically usual in the gaming industry, as an intense strategy is needed for you to play the game. Thus, these people whom people treat as “Seniors” are nailing each match in Mobile Legends Bang: Bang.

Even though the game runs for almost four years now, it continues to work on updates and in creating new heroes for more thrill and excitement in the game. The developers also strive to generate new game modes and events which players can get loads of rewards and skins after each match.

If you’re new to playing Mobile Legends: Bang Bang, you’re certainly on the right spot. We’re here to discuss the essential details of the game and playing the game on PC without needing an emulator. Well, of course, Mobile Legends: Bang Bang is a game for Mobile. Yet, if you’re a real game-changer, then switching to playing it on PC is the best option. So, what are you waiting for now? Let’s look more information down here!

Mobile Legends: BangBang: Knowing The Game
The gameplay of Mobile Legends:Bang Bang is simple as compared to the game’s PC version of DOTA or LOL. Identifying your role, items, skills and abilities of each hero is one of the main objectives that you should know. Take note that there are six types of heroes in the game: The Tank, Fighter, Marksman, Support, Assassin and Mage. And currently, there are already 98 heroes in the game for you to select.

The game’s level match depends on what is your current ranking in the game. The lowest rank in Mobile Legends is Warrior, while the highest is Glorious Mythic. In the battleground, you will have to defend your team’s tower and base from the enemy. You will have a five versus five role-play – multiplayer match was killing your opponent is also the primary goal.

Of course, the more kills means the more chances for your team to earn gold. With that, you’ll get to equip and build the best item for your hero to win in an early game.

Speaking of, know that there are heroes only good for an early game while there are the strongest that can tear your team in the late game. 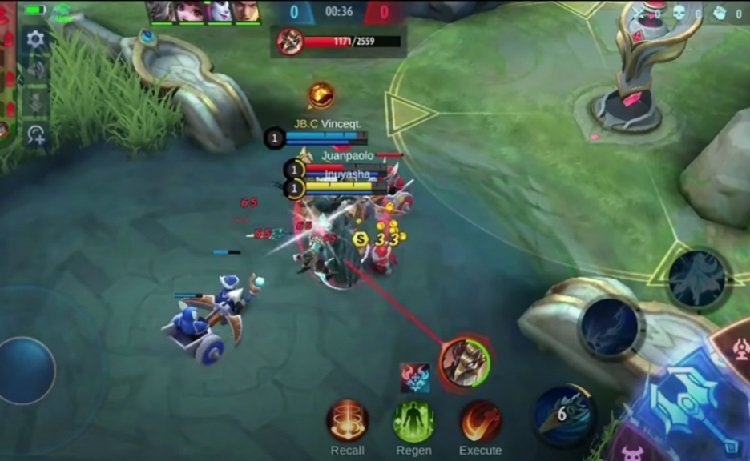 A Tip in Winning on Mobile Legends: Bang Bang
Winning on Mobile Legends:Bang Bang can be as hard as winning in DOTA or LOL. Eventually, the gameplay should only run for about 10 to 15 minutes at maximum. Still, there are instances where it exceeds this time limit. For example, there are a lot of keys for you to win the game. However, the main formula is all about having teamwork and reading your opponents movements.

For beginners, it is not mandatory to get all of the game techniques all at once. Most especially during this time that Mobile Legends have integrated a lot of rules in terms of playing the game and using the heroes. Thus, you shouldn’t get scared with this kind of improvement as the developers are doing their best to make Mobile Legends a friendly-game user as much as possible.

If you want to win the battle, following and watching the videos of the prominent players in this game is highly recommended. A lot of streamers online have started showcasing some tips for their fans. Well, not only in the game as a whole but also to using each hero in the battle.

Memorizing each skill for the gameplay takes time, so to start that journey, downloading the game on PC is a much better way than anything else. Playing Mobile Legends: Bang Bang on PC usually needs a third-party app for you to run it. Thus, we certainly know a way how you can try it without needing an emulator on your computer. See that information below! Playing Mobile Legends: Bang Bang on Games.lol
If you’ve been playing online for some time now, you may have heard about Games.lol but don’t have any idea on what it is all about and how it runs.

Games.lol is a mobile hub legend that you can play on your PC. It technically serves a different kind of method of running these games, unlike the other companies. If you’ve wanted to play a game but worries about your PC specs, that’s where mostly Games.lol come in.

The app is fully optimized, which allows you to play your favourite games online without consuming too many resources on your computer. Moreover, with Games.lol, you can directly play your desired game straight away without needing to open a specific engine for you to run it.

So, playing Mobile Legends: Bang Bang on Games.lol is one of the best options that you can try. You can type in and search “Mobile Legends” in the search bar of the site and download it easily on your computer. Just don’t forget to click on the “Play Now” button to start installing the software on your computer. Other than that, you’re ready to go! Sounds simple right?

In a world where convenience is one the most important thing right now, Games.lol ensures to provide the best experience and fast for its users.You can re-assure that everything is safe as you play and enjoy your favourite game with your friends.

The article is contributed by Jonathan J Kingston, a video game enthusiast, gamer, and a veteran video game news writer for Games.lol. And, he loves to spend his free time hunting for free game sites and testing their reliability.

MLBB announces big prizes for a gaming event during Ramadan