The gaming industry of the Middle East region is predicted to continue its upward trajectory. The number of gamers in this region has witnessed significant growth over the past five years. This growth has been given immense boost by the Covid-19 pandemic. This massive growth has affected all other aspects of the gaming market in Middle East.

Like in other parts of the world, the gaming industry of the Middle East region also saw a surge in demand due to the COVID-19 pandemic which forced people turn to more entertainment options to fill time. The pandemic in MEA had accelerated customer acquisition for video games. The reason for this trend was COVID-19-related restrictions that had forced many to stay indoors. 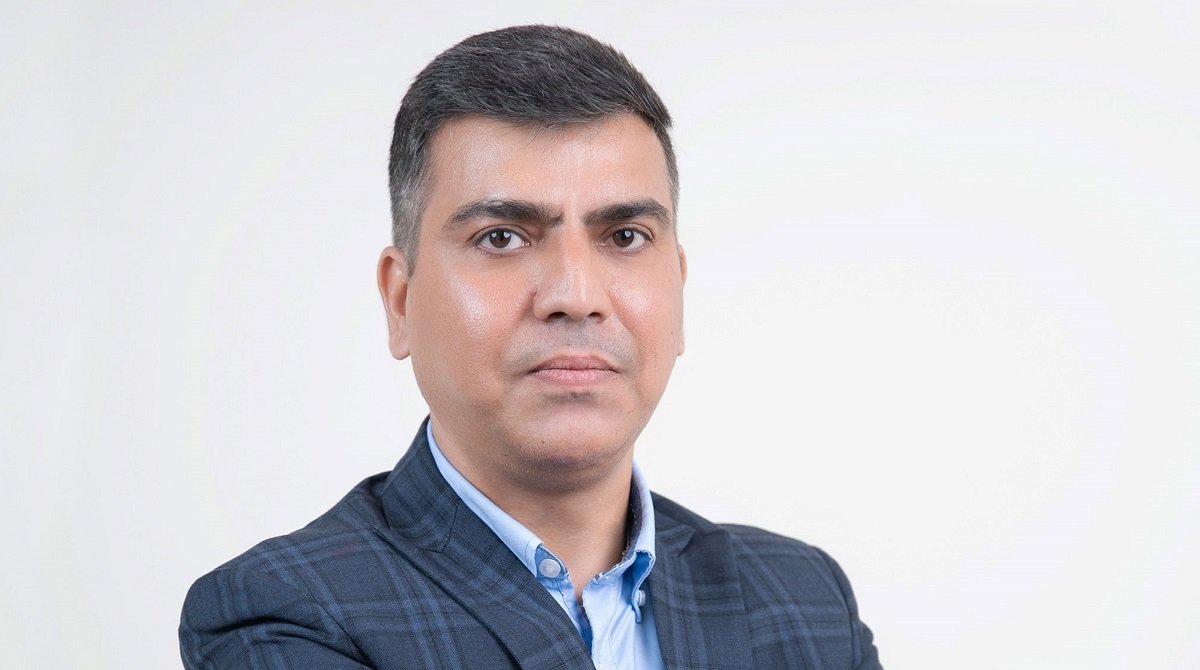 He adds, “However, in 2022, it had stabilised and thus the stabilised pace of the Gaming Market is making everyone to experiment with futuristic technology and trends.

Meanwhile, Michele Montecchio, General Manager, Acer Middle East, says: “The Middle Eastern gaming market is in an exciting time which saw acceleration due to the pandemic. There’s been a continuous increase in new gamers purchasing entry level systems for normal gaming usage, to experience the joy of gaming. Some of these new gamers even transition into more dedicated gamers, going beyond it just being a hobby”

The Middle East and North Africa’s mobile game industry is counting around 100 million players and there are some incredible talented gamers in the region, with Saudi Arabia as a gaming powerhouse. Teams from the region have been showing that they’re a force to be reckoned with at international tournaments.

“Electronic sports — or simply Esports, is one of the world’s fastest growing tech and entertainment industries. In the Middle East, revenues, investments, and audiences are consistently on the rise. The industry has since expanded from its subculture beginnings into the monoculture realm,” says Mohammed Hilili, General Manager, Lenovo Gulf. 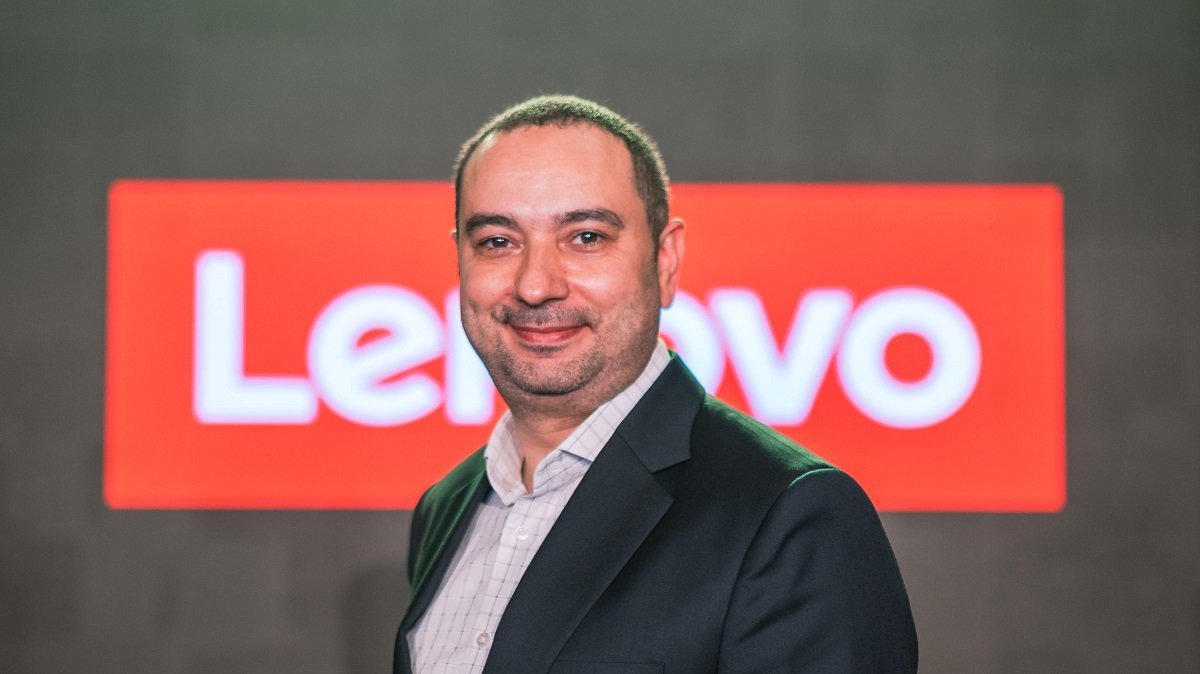 Major gaming trends
According to a recent report by ResearchandMarket’s, the gaming industry of the Middle East region is predicted to continue the momentum and is expected to grow at a CAGR of 13.88% during the forecast period 2022-2027.

The report further suggested that the average gamer in the UAE spends US$ 115 per year. And, with the number of gamers increasing every day is pushing the government to invest billions of dollars in theme parks and other venues where Esports players can access the games or take part in the competitions.

Saudi Arabia with around 70% of the country’s population under 30 years and approximately 20 million gamers or gaming enthusiasts, the market is expected to grow over the forecast period.

Engaging the stakeholders in MEA
With the gaming industry already witnessing a positive incline, we are now seeing a whole new community of people gaming, who perhaps a year back weren’t so passionate or interested. A trend, particularly in MEA, is a very diverse audience of people who game.

The Middle East, and more specifically in GCC countries like the UAE and Saudi Arabia, the gender split between male and female gamers is close to equal.  As part of its efforts over the last few years to increase the visibility and opportunities for female gamers, Lenovo hosted the first ever Legion Girl Cup in 2019, launched the Miss Esports platform in 2020 and League – all of which have helped girls to share their experiences, create a lasting impression amongst their peers and thrive.

In recent years, there have been extensive plans for an Esports and VR gaming complex in Abu Dhabi. Saudi Arabia also has its own Esports Federation and as part of the Vision 2030 agenda, the gaming industry will grow in terms of contribution towards the economic standing of the country. “Perhaps the biggest topics nowadays are esports and cloud gaming. The future of gaming is most definitely digital,” says Mohammed Hilili. “With cloud gaming, we are really talking about gaming on demand, or gaming-as-a-service” adds Mohammed Hilili. 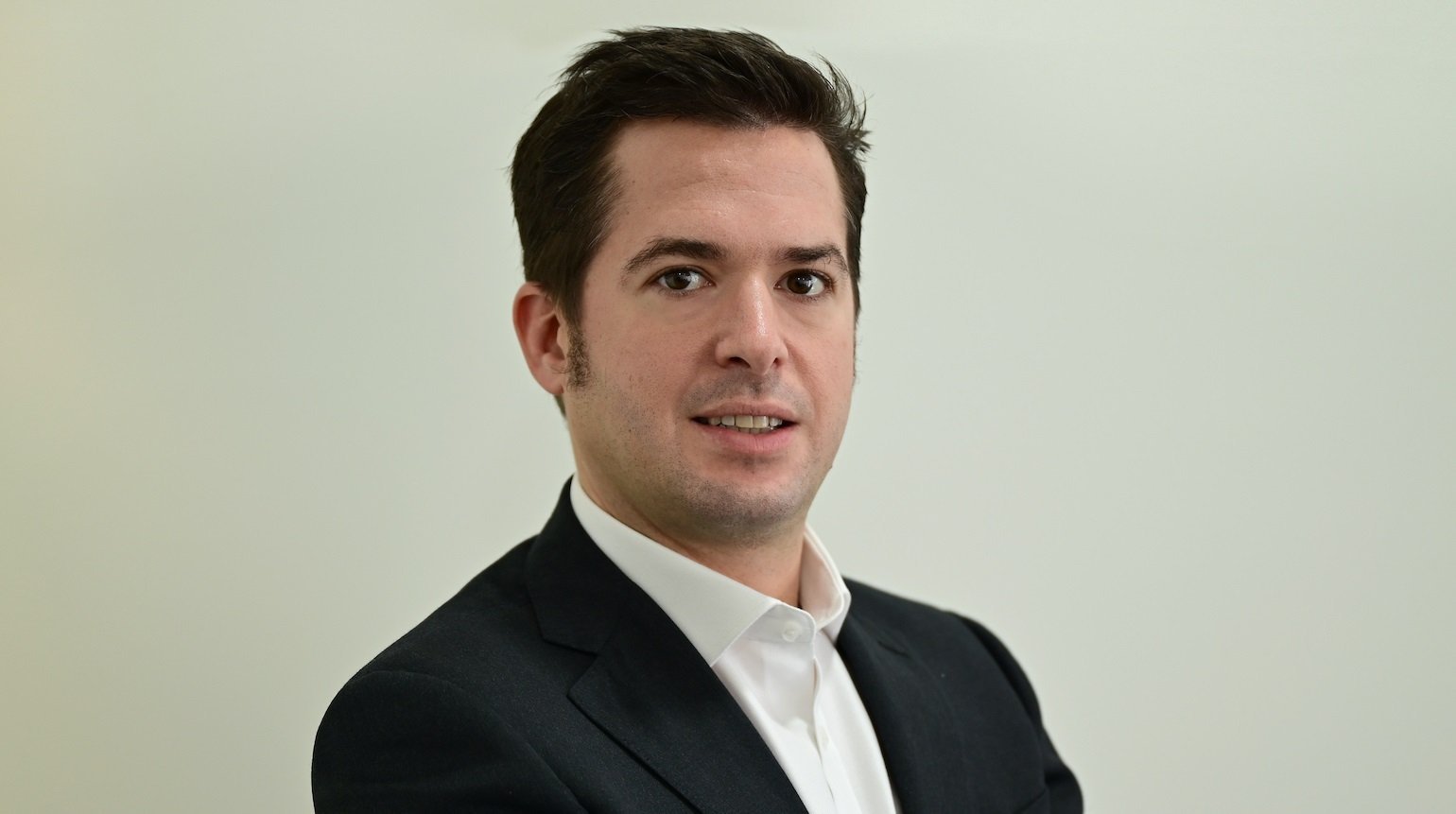 “Engaging with e-sports and connecting with gamers at a grassroots revel always has been and will continue to be a priority for us,” says Michele Montecchio. “In the first quarter of 2022 we hosted a regional Fortnite tournament as a part of our local launch of our Global campaign ‘It Lies Within.” Just recently in the second quarter of this year we hosted the EMEA SIM Racing Cup which gave players from across the region the opportunity to win an exclusive ‘money can’t buy’ experience; to be a part of Romain Grosjean’s professional SIM Racing Team, R8G.Then, at the end of this year we’re planning to launch a virtual ‘Predator League’ around the game ‘Rocket League’ – so lots of exciting activities!

Predator is also the official hardware sponsor of one of the largest gaming tournaments in the region – the Intel Arabian Cup. This is in partnership with Riot Games and runs from May to October 2022.

AOC, being a gaming monitor player, is continuously engaging with Esports by sponsoring gaming events, collaborate with Gaming café to help gamers experience our product, engage with influencers to review our products, keep audience abreast of our new launches through social media.

What can gamers expect?
According to AOC, in order to make gaming a thrilling experience for mobile gamers, AOC portable monitor with high refresh rate is expected to be launched by year end. Customer will experience OLED and Mini-LED models and more Big size premium models by the end of year 2022. Model with HDMI 2.1 connectivity to cater to PS5 and Xbox console gamers are also likely to be launched by AOC, No. 1 Gaming brand Worldwide as per IDC Q4’22 Display Tracker.

In the coming period, Lenovo predicts a greater entry of extended reality (XR) into the gaming sphere. Mohammed Hilili says, “With XR – the combination of virtual and augmented reality – gaming will become even more immersive as the user’s surroundings are integrated into the game. There also appears to be huge potential for Cloud Gaming, or Gaming as a Service (GaaS). As every gamer wants the newest games as soon as they’re available, Cloud Gaming and Games as a Service, will allow people to enjoy their favourite games right away simply by streaming them. 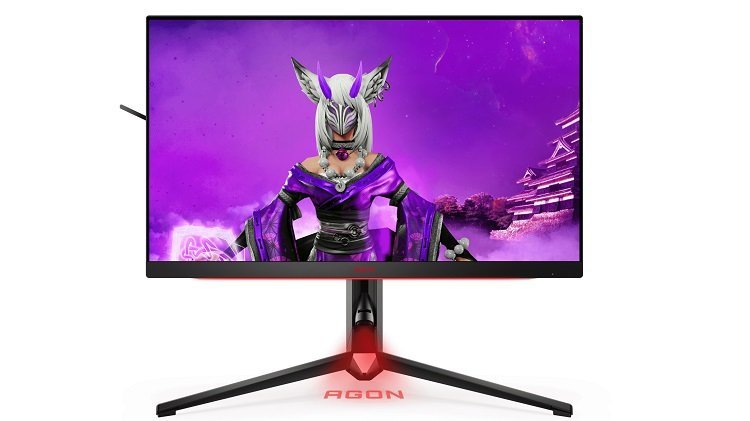 Gaming offerings
AOC have models to target all segments of gamers. “AOC Gaming models available in sizes from 24’ to 34”, with flat and curved panels, having resolution of FHD, QHD, UHD , 1ms and 0.5ms response time, 144Hz – 240Hz cater to the need of the gamers with affordable prices,” says AOC.

Lenovo has spent decades thinking about what gamers need in a gaming laptop, but also, about how the vendor can make laptop gaming enjoyable for all users. The result is a line of laptops and hardware designed specifically for gamers, Lenovo Legion, and a selection of regular laptops that can transform into gaming machines when the need arises, IdeaPad.

“Our line of Lenovo Legion gaming gear is built by gamers, for gamers, and represents the very best in gaming laptops. Legion is at the core of Lenovo PC gaming and has something for every type of gamer, including VR-ready models and rigs for eSports,” states Mohammed Hilili. 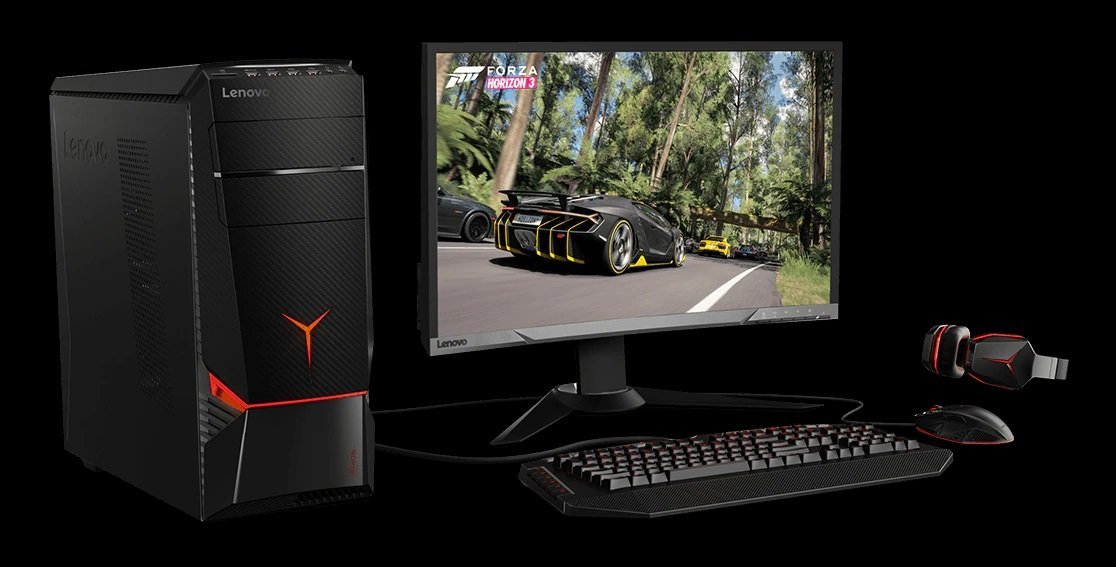 As part of its commitment to advancing the gaming industry in the Middle East and Africa, Lenovo consistently seeks sponsorship deals and partnerships in line with the region’s growth and in efforts to enhance the Esports landscape. Lenovo’s range consists of laptops, monitors, and accessories engineered with the latest technologies and cutting-edge design for enhanced immersion.

Acer has also an extensive portfolio, offering something for everyone, no matter the gamer. “Whether someone is looking for a more casual gaming experience, we offer the Aspire 7 or Nitro 5, and for the professional gamers we have our Predator line-up,” says Michele Montecchio.

With two sub-brands, Triton, and Helios, Acer’s Predator range is designed for both gamers on the move and professional gamers. “Our Swift X is also receiving a lot of recognition from customers who want an elegant looking, yet powerful PC that they can use for both work, and play.” 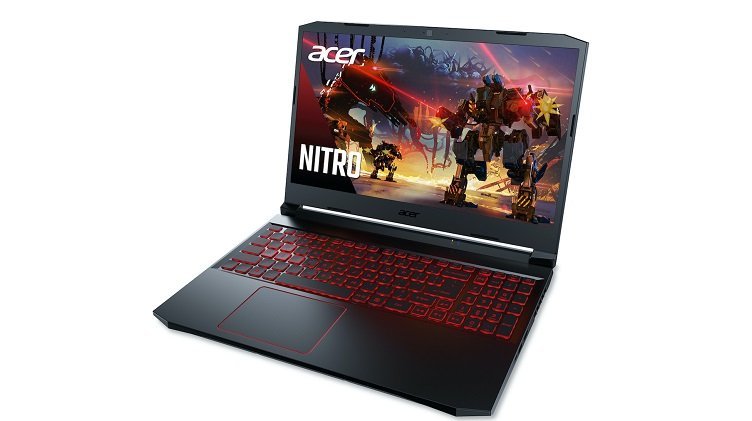 Conclusion
There are few businesses that have benefitted from the lifestyle changes brought about by the pandemic and Gaming is among them. The gaming is continuously evolving in the Middle East region, which is widely recognized as the fastest growing gaming population in the world.