Garena Free Fire’s Rampage is back in 2021 for the third year running, after being among the most well-received campaigns in the last 2 years, according to the Free Fire community themselves. This year’s campaign – Rampage: New Dawn – follows previously successful Rampage campaigns: Rampage: Redemption in 2019, and Rampage: Uprising in 2020. To celebrate Rampage: New Dawn this year, Garena Free Fire is partnering with world renowned DJs Dimitri Vegas & Like Mike for a theme song created exclusively for Rampage. Rampage: New Dawn takes place in a futuristic oriental city filled with despair, where four individuals – Drake, Rajah, Speedy, and Aurora – commit to becoming vigilantes that the world needs. During the journey, they were tricked into an experiment, where they were being held captive in a lab for a mutation program – where they would be monitored in a controlled environment as they got stronger, faster, and smarter. From 18 Jun, players around the world will be able to join the fight against the captors and help escape from the lab. They can deck their characters out with the Shadow Earthshaker Bundle, Vermillion Bird Skyboard, and Pan- Earthshaker Stomp. To celebrate Rampage: New Dawn the Shadow Earthshaker Bundle – a male costume bundle – will be awarded to all players for free when they log in and complete certain missions during the period, something that doesn’t happen often! 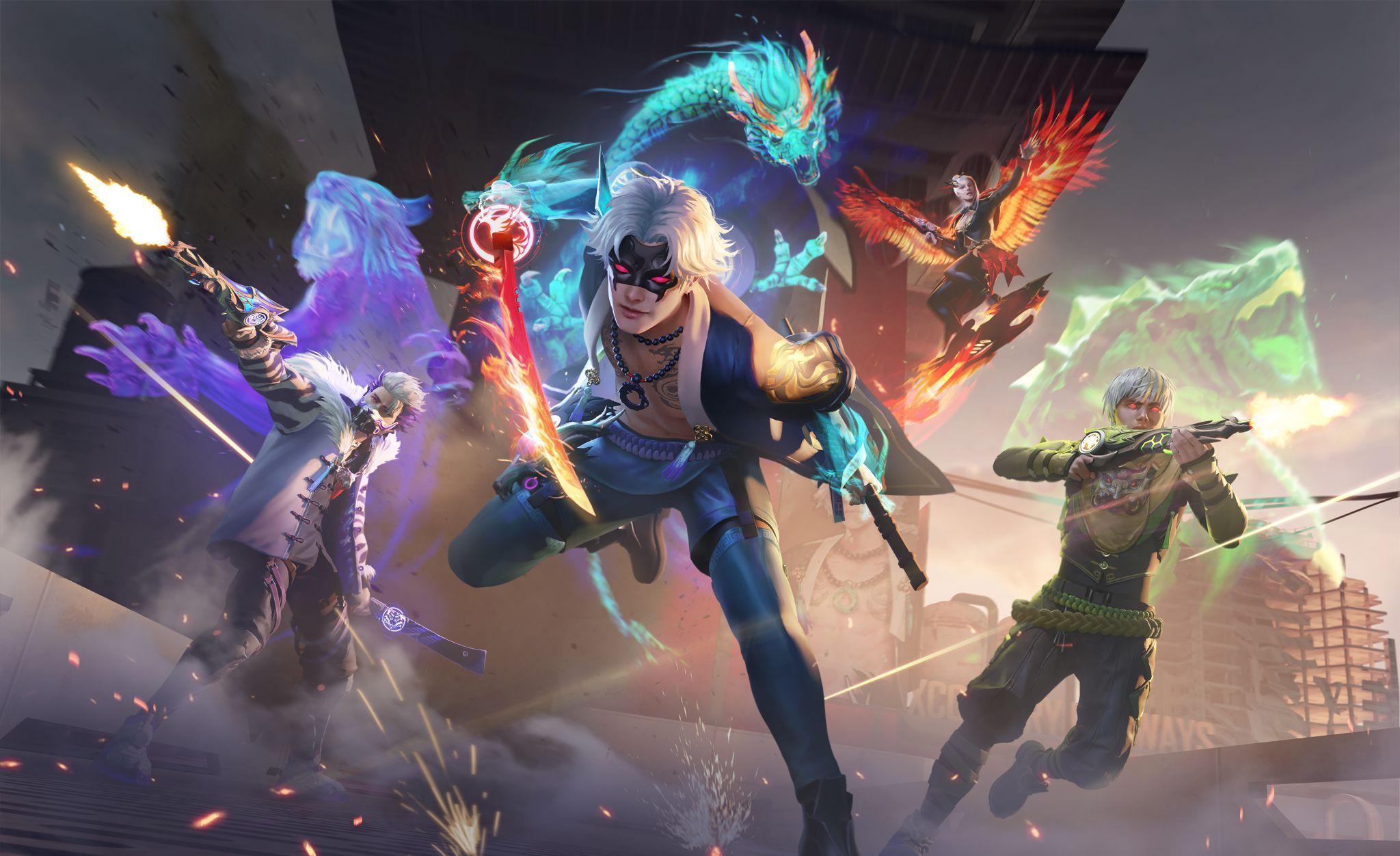 This new game mode follows the classic Battle Royale mode, with a twist: users will be able to pick up runes across the map and receive runes to unlock special attributes for their characters.

By gaining more experience and levelling up to further unlock attributes, users can be prepared for more intense battles with their friends and foes. They can do so by gaining experience and leveling up to unlock the skills of the 4 protagonists. With over 20 attributes available, users will have the opportunity to explore the best combination possible in a bid to be the most formidable player on the battlefield.

To find out more about Rampage: New Dawn and get the latest updates on what’s happening with DVLM, head down to our campaign page and follow us on Garena Free Fire’s social media channels.