2K and Gearbox Software are proud to announce that Borderlands 3, the next installment in the award-winning, genre-defining shooter-looter series, is now available worldwide on PlayStation 4, Xbox One, and PC via the Epic Games Store.

This release marks the culmination of nearly five years of development and re-establishes the series as a true genre leader, with best-in-class shooting, deeper-than-ever customization, irreverent humor and memorable characters, and intuitive, innovative cooperative multiplayer gameplay.

“There is something special about seeing an idea start and watching that idea go through multiple people who each contribute their effort and their talent to make the idea a reality,” wrote Borderlands 3 Creative Director Paul Sage in an open letter to fans published earlier today. “I cannot stress enough how the team has come together to make sure we have produced a worthy successor to Borderlands 2, but I hope more than just feeling the team’s passion, more than getting to experience the next Borderlands, you get to sit down, laugh a little, and just have a damn good time.”

The franchise, which combines the exhilarating action of a first-person shooter with the rich progression and loot systems of a role-playing game, has sold-in more than 48 million units worldwide to date. The most popular title in the series – Borderlands 2 – still draws in more than one million unique monthly users more than six years after the game’s initial release in 2012. Borderlands 3 expands and improves many of the key features that made the series a critical and commercial success, while also introducing innovative new concepts to its proven formula, including: 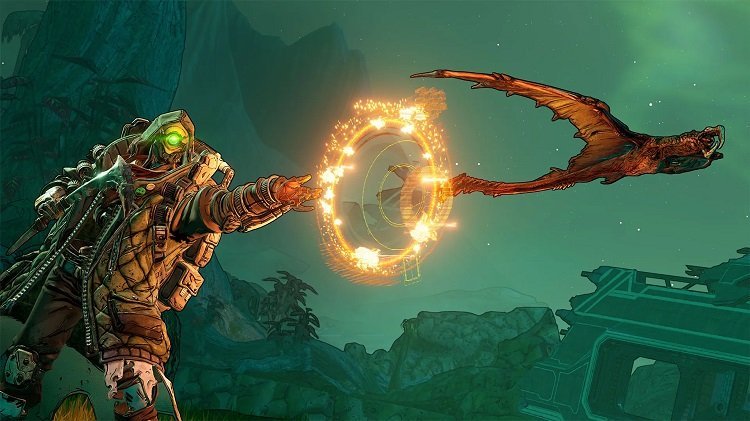 With multiple editions chock-full of digital bonus content, fans can pick the loot-splosion that’s right for them: the Borderlands 3 Standard Edition is available for $59.99 and includes the base game.

Developed from the ground up with AMD, Borderlands 3 will take full advantage of the most powerful PC hardware available, and is optimized for top performance and incredible gaming experiences on AMD Radeon graphics cards and Ryzen processors. Please note that, while Borderlands 3 is currently available on PC exclusively through the Epic Games Store, the game will be available on additional PC digital storefronts in April 2020.

Developed by Gearbox Software, Borderlands 3 is rated “M for Mature” by the ESRB. For more information on Borderlands 3, please visit borderlands.com.