BJ Blazkowicz hasn’t led an easy life. From a troubled past, to a bloody career as a soldier, and now this: years trapped in the Dreamlands, forced into combat with other Champions from across the waking world. No, ol’ “Terror-Billy” hasn’t had the best of luck – but in Quake Champions, he’ll be able to take all the skills he’s picked up over the years and really put them to the test. You got your first look at BJ’s Quake Champions debut during our E3 2017 Showcase on Sunday, and now you can see him in action in the latest trailer below:

William Joseph “BJ” Blazkowicz had a glowing track record as the Office of Secret Actions’ (OSA) top agent. As part of this joint American-British agency, he helped thwart numerous German Regime techno-occult initiatives during World War II, including that of the Regime high officer Deathshead and his doomsday weapon. Deathshead planned to harness the power of the Black Sun Dimension to power his ultimate weapon, but was single-handedly stopped by BJ, who entered this strange alternate plane of reality to destroy the apparatus that would be the doomsday device’s power source. 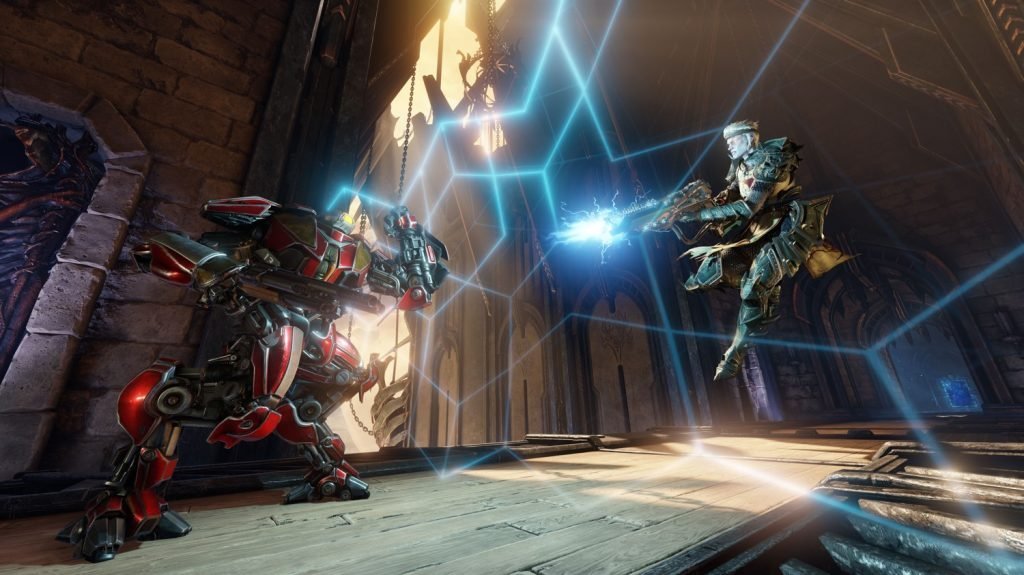 During his mission, an explosion knocked BJ unconscious and rendered him comatose for 14 years while the battle continued to rage on in the world around him. When he finally awoke, he found that the world had moved on without him. The Regime had conquered the globe and was quashing any rebellions as quickly as they could form. BJ swore to assemble a Resistance force to wipe out the Regime, ending their reign of tyranny once and for all. Active Ability – Dual Wielding
Thanks to his time spent as a dual-wielding badass in the waking realm, BJ is able to effectively dual-wield any weapons in the game, making him twice as deadly when his active ability is triggered.

Who in Quake Champions couldn’t benefit from a little automatic health regeneration? When BJ isn’t under fire and taking damage, he can recover any damaged health inside one 25 HP block. Step out of combat for three seconds and a small portion of health will pop back. Not too shabby for an old soldier.