At CES 2022, ROG introduced the 2022 ROG Strix SCAR, delivering top-tier gaming performance with the latest components from Intel® and NVIDIA®. For Computex 2022, ROG is releasing the Strix SCAR 17 SE, a special edition variant with even more power under the hood. ROG engineered the SCAR 17 SE for gamers who need a no-compromise, tournament-ready gaming machine. The improvements start at the beating heart of the machine, powered by the brand new Intel Core™ i9-12950HX, an incredibly powerful 65 W laptop CPU. The SCAR 17 SE was able to achieve an incredible score of 22,257 in the Cinebench R23 multithreaded test when in Turbo mode, a result rivaling desktop performance. The NVIDIA GeForce RTX™ 3080 Ti Laptop GPU also has a maximum TGP of up to 175 W with Dynamic Boost, purpose-built to deliver the highest amount of frames on either its QHD 240 Hz panel. The other components in the machine leave no performance on the table. The SCAR 17 SE features up to 32 GB of blazingly fast 4800 MHz DDR5 RAM, PCIe® Gen 4 storage in a RAID 0 array that leave loading times in the dust, and a dedicated MUX Switch for peak gaming performance. WiFi 6E and a 2.5 Gbps Ethernet port mean that gamers can confidently launch an online match from anywhere. 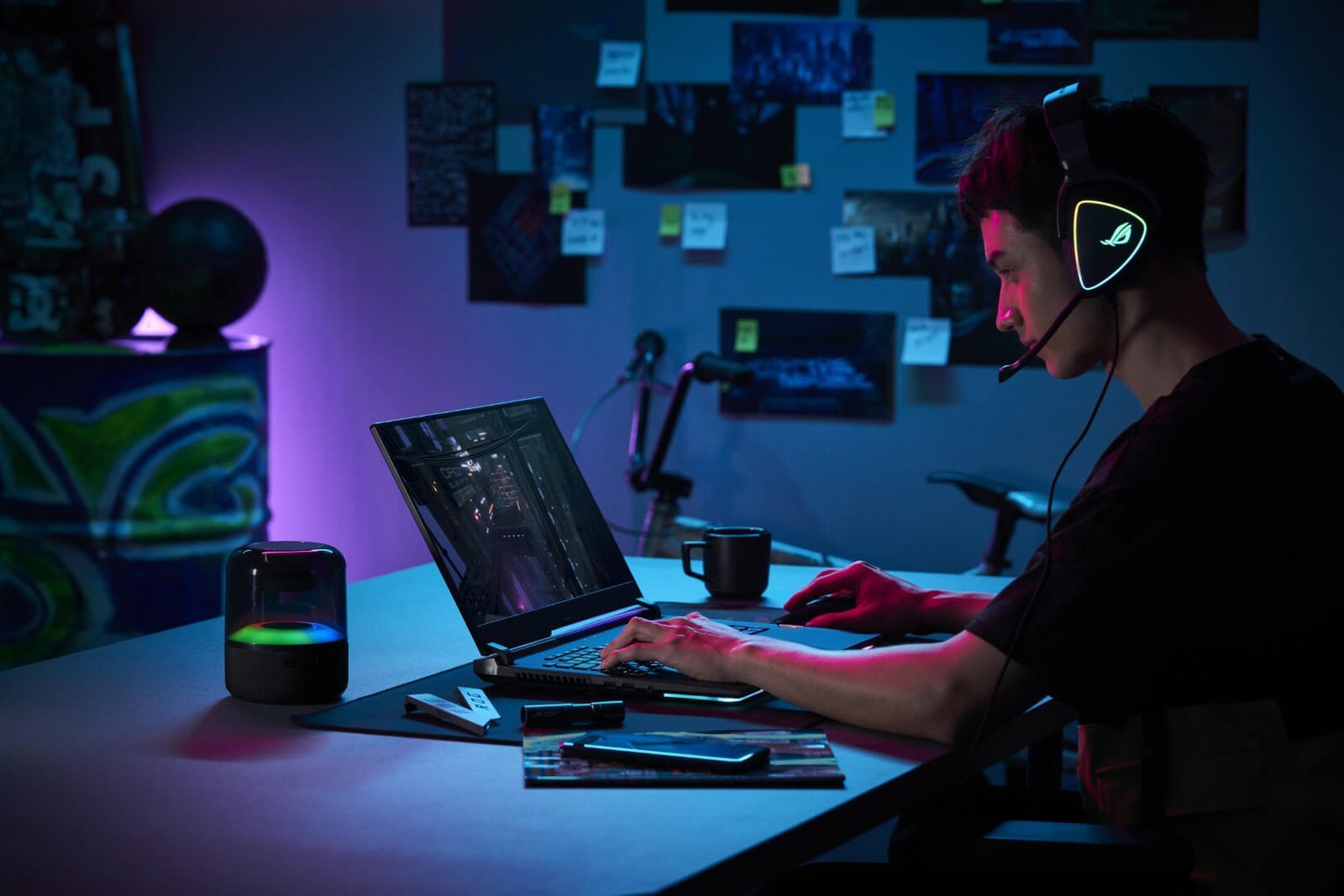 Adding more powerful components is only half of the equation, as these high-end parts require powerful cooling to operate at peak performance. The ROG Strix SCAR 17 SE features all of ROG’s Intelligent Cooling innovations to allow the machine to reach its full potential. ROG has used Thermal Grizzly’s liquid metal compound in various laptops for the last three years, which reduces CPU temperatures by up to 10°C compared to traditional thermal pastes. This year, ROG’s engineering team collaborated with Thermal Grizzly again to develop an even higher performance liquid metal formula called Conductonaut Extreme, which the SCAR 17 SE uses on both the CPU and GPU. Offering around 5°C lower temperatures than standard liquid metal thermal compound, this was the first step to unlocking the true performance potential of the SCAR 17 SE. 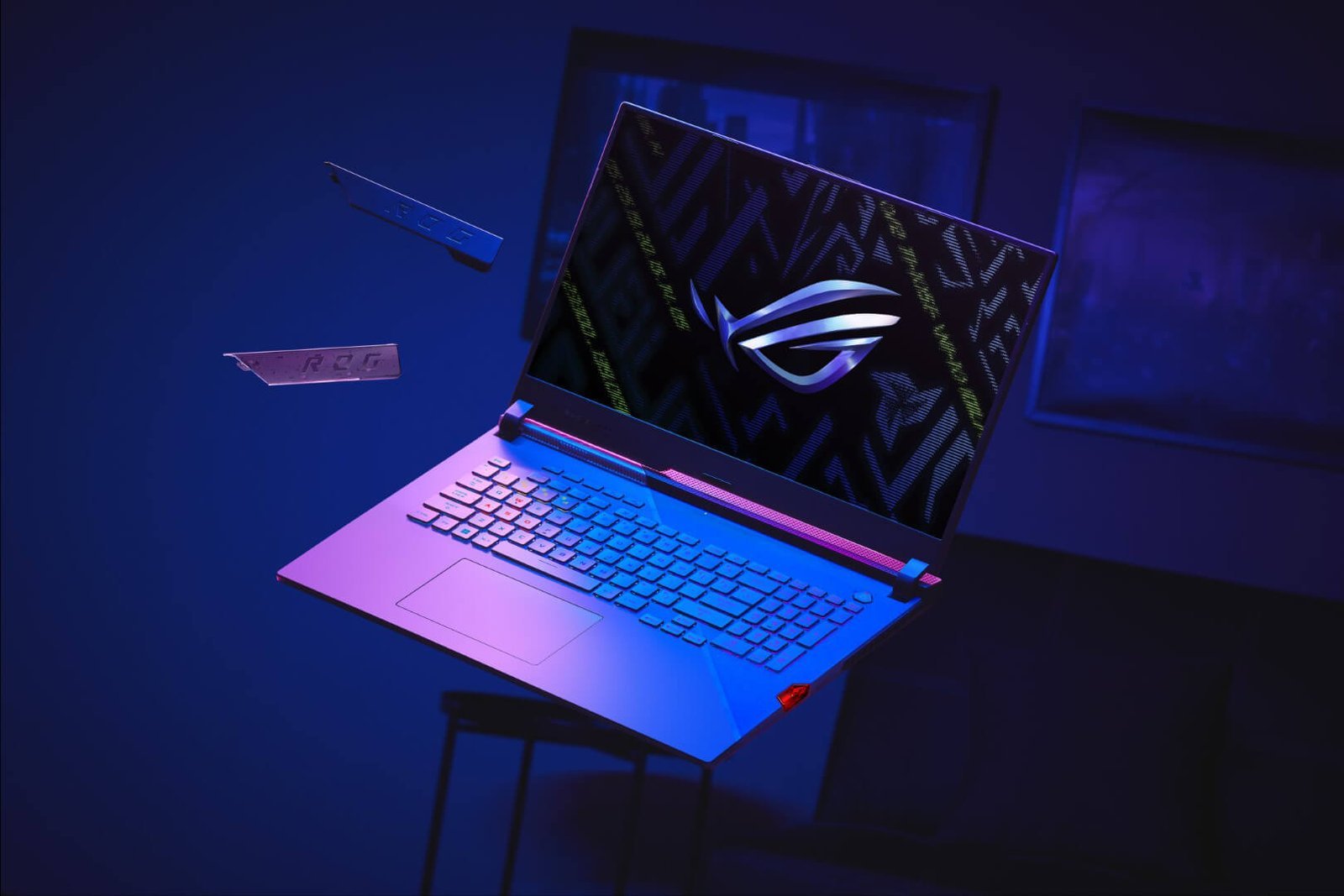 The ROG Strix SCAR 17 SE’s unique additions are not limited to the internals. The chassis features the same RGB lighting and customizable Armor Caps as the standard Strix SCAR, but with an extra secret: specially developed invisible ink. Traditional invisible ink, commonly used on paper, wouldn’t stand the test of time when applied to the metal lid of the SCAR 17 SE. ROG’s research and development team painstakingly created a substance that perfectly blends in with the SCAR 17 SE’s metal lid. In normal lighting, this substance has a matte metallic texture, but with a UV flashlight, the ink appears green and blue. It took six months and seven formulations to perfect, but this new invisible ink has passed a suite of wear and durability tests, giving gamers a unique pairing of function and form that is sure to dazzle. This cryptic text also holds clues to help beat SCAR Runner, a standalone first-person parkour game set in the ROG SAGA universe.