The A GAMING APE collection includes BAPE inspired designs of Razer peripherals like the DeathAdder V2 mouse, Goliathus V2 mouse mat and Opus wireless headset. Fans can now flaunt their love for the brands with the much-anticipated streetwear including the sought after full-zip hoodie and backpacks, all reimagined by BAPE. The collection is a first for both brands and a must have for brand enthusiasts. 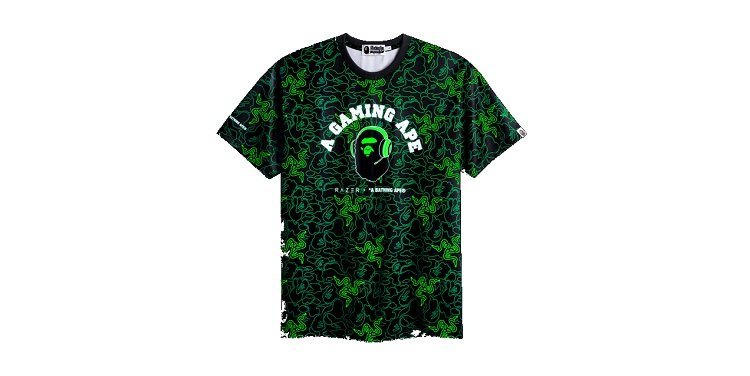 The new limited-edition apparel and gear drop in collaboration with BAPE offers a distinct streetwear style with a gamer’s appeal. Perfect for streetwear and gamer enthusiasts.

The A GAMING APE collection will release on Razer.com, RazerStore retail locations, as well as select BAPE STORE locations, including US.BAPE.COM and BAPE.COM.

The price for the limited-edition apparel and gear is:

Razer launches #GoGreenWithRazer program to be carbon neutral by 2030