The PUBG MOBILE Star Challenge (PMSC) World Cup 2019 began yesterday, officially bringing the region’s largest mobile game esports tournament to Saudi Arabia. The fierce day of competition concluded with the Saudi team SNT securing the top spot in Round 2 in Group A (MENA Regional Teams). Overall, SNT sits in the top five of Group A, with Egypt team SNP sits in the third place, another Saudi team 6N Team sits in the second and Jordan team 46 sits in the first after Day 1 competition. Running from December 12-14 at Riyadh Front, the tournament sees 32 teams – 16 Worldwide teams and 16 MENA teams – duke it out for the coveted title of world champion. In total, a prize pool of SAR 1.25 million is up for grabs during the PMSC World Cup 2019.

The standings at the end of the first day of competition are: 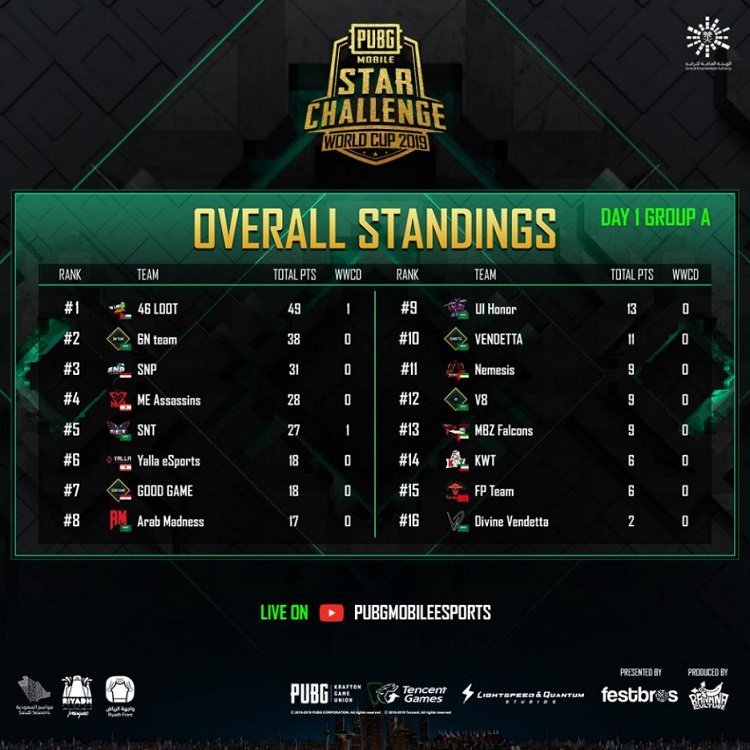 Day 2 will see these teams go head-to-head again where only the top eight teams from each group will advance.

PUBG MOBILE enthusiasts can watch the livestream broadcast on the PUBG MOBILE Esports channel as well as on PUBG MOBILE’s MENA Facebook and YouTube channels. Fans and community members who wish to watch the thrilling conclusion still have a chance to purchase remaining tickets at the official website here. PUBG MOBILE is available to download for free on the App Store and Google Play.