Porsche announced that it has partnered with iRacing to launch new eSports world championship, “Porsche iRacing World Championship Series”, which will attract 40 participants from different nations and will race in the 911 GT3 Cup. The total prize money for the championship is US$100,000 and the competition runs over ten racing weekends and takes place exclusively online. Qualification starts in January 2019, with the championship running over several months throughout the year.

“Porsche is more and more involved with esports and racing simulations. Putting together a world championship like this one is important evidence of our increasing commitment to the sport,” comments Dr. Kjell Gruner, Vice President Marketing at Porsche. To coordinate the event, the Zuffenhausen-based sports car manufacturer collaborated with iRacing, a leading provider of realistic online racing simulations that has been putting on world championships for ten years. The competition will take place under this title for the first time, as a completely new series with competitors racing from all around the world, connecting through the iRacing service. 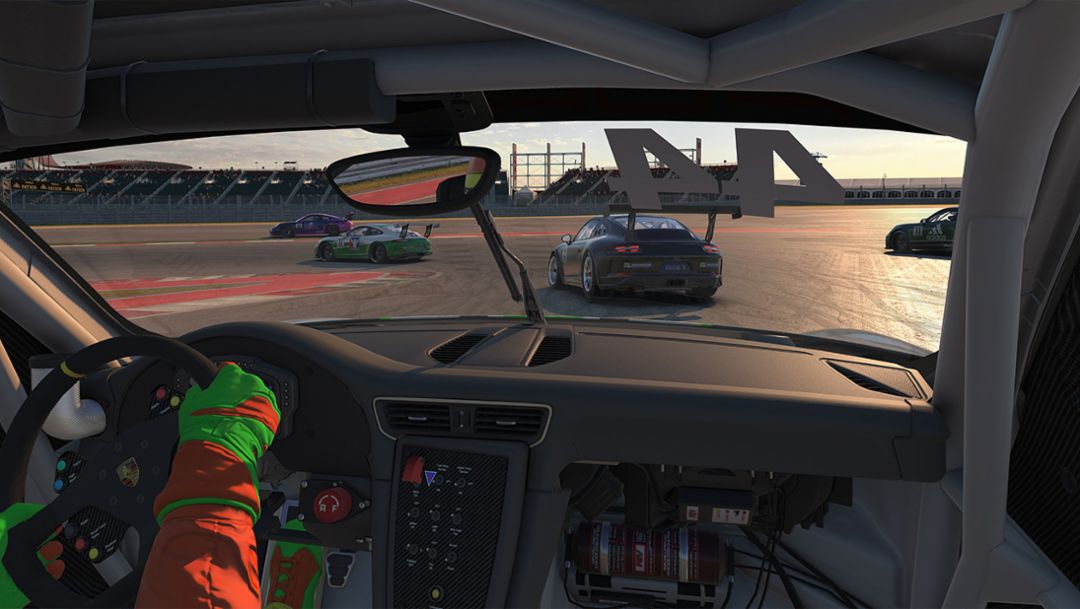 The initiative represents the high point so far in the partnership between the two companies, which have been working together since 2017, focusing on the realistic implementation of Porsche motorsport vehicles and online racing. Porsche and iRacing have also collaborated on several live tournaments where racers compete from the same location. This includes the Porsche SimRacing Trophy, which drew 40 participants when it was held at the Nürburgring in September 2018, and the Porsche SimRacing Summit, where 32 simulation racing drivers will compete at the Porsche factory in Leipzig on 15 and 16 December. You can also watch all ten rounds of the “Porsche iRacing World Championship” Series on YouTube (www.youtube.com/iracing-esports-network), with additional broadcast channels to be announced.