The Polish studio Puzzling Dream, known for The Way, announced the unveiling of their new adventure game, Unlucky Seven, which has an intriguing story, anthropomorphic characters, cannibalistic motifs and stylish graphics combining 3D and pixel art.

The gameplay in Unlucky Seven refers to classic adventure games. There will be plenty of equipment, conversations, puzzles, various interactions with the environment and mini-games. This adventure is divided into chapters in which the player will have to manage different characters. 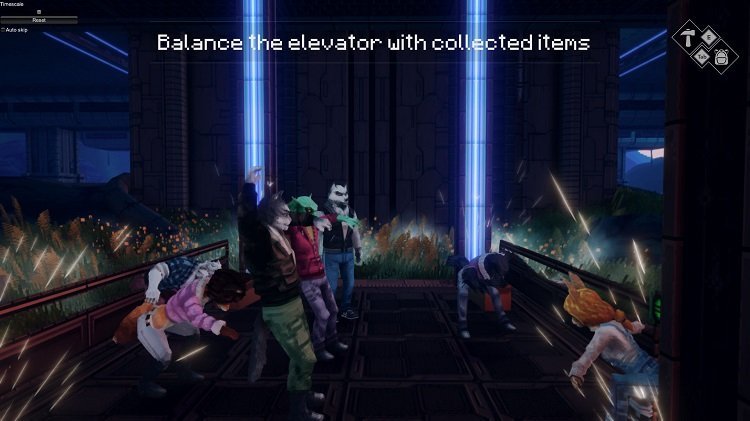 As Puzzling Dream studio explains, at the beginning of the game you can choose if the character will be a humanoid or an anthropomorphic. Unlucky Seven tells a completely unconventional story, which will include such things as science fiction themes and cannibalistic motifs.

“Our new game will take players to a bloody party, which they haven’t experienced before. Waiting for them are many abstract elements, specific humor and a lot of emotions. Similarly, unconventional is the retro-style graphic design, combining 3D and pixel art. The soundtrack composed by Fox Amoore also plays an important role”, says Hubert Knochowski, main designer and programmer at Puzzling Dream.

The game creators also pointed out, that it takes on average about 6 hours to complete Unlucky Seven and the new game by Puzzling Dream studios will make its debut on the Steam platform August 30, 2019. And, the release date on PC is set for August 30. In 2020, the game will also appear on PlayStation 4, Xbox and Nintendo Switch. Sonka S.A. will be responsible for the conversions.