Finally the curtains are up for the region’s biggest gaming event, Middle East Games Con as it kick started today with the official opening by HE Saif Saeed Ghobash, Undersecretary of the Department of Culture & Tourism Abu Dhabi at Abu Dhabi National Exhibition Centre (ADNEC) in Abu Dhabi, UAE, The event – now in its second year – is the first regional gaming event to include an official presence from legacy brand Nintendo, while other regional firsts include a Red Bull Player One League of Legends tournament, a visit from Lenovo’s League of Legends Dad Squad, the region’s first look at Bandai Namco’s hot new release One Piece: World Seeker, and ANIFEST, a zone dedicated to Japanese culture, arts & crafts, anime, manga, music and theatre.

DELL Gaming’s Fortnite Challenge – with AED10,000 in prizes and 5000 V-Bucks up for grabs – has proven so popular that slots for the three different tournaments (fort building, flossing or solo battling) are filling up fast, so register online and get there early to participate. 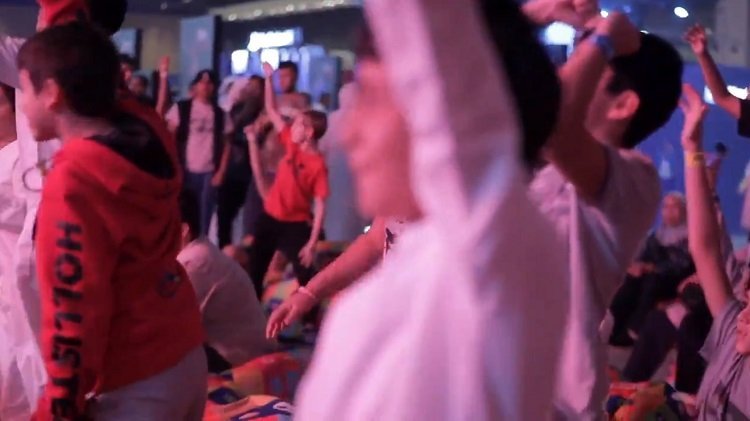 Teaming up with a number of triple-A software houses, Middle East Games Con is a chance for veteran and newbie gamers to try out their skills on Bandai Namco’s Soulcalibur VI; JUMP Force; Dead or Alive 6; One Piece: World Seeker and The Dark Pictures: Man of Medan. Redvault, the gamer’s reward app, is also giving you the opportunity to test out Destiny 2: Forsaken and the unreleased Spyro Reignited Trilogy. Regional eSports team, Nasr eSports CS:GO, which recently claimed second place at the eXtremesland ZOWIE Asia finals, will be practicing and getting ready for the PLG Grand Slam at Middle East Games Con. Visitors can ’meet and greet’ the squad between 2-2:30pm on Friday, October 26. Between 5-6pm, visitors can also chill with Angry Bird and Big Bird in a free event with Nasr eSports at the Virgin Mobile Meet the Stars zone, where the champions will discuss their journey as UAE nationals representing the country abroad.

Nasr eSports will also be running a Tekken 7 & Dragon Ball Fighter Z Community Cup contest at the show. Power League Gaming (PLG), organisers of the Grand Slam taking place in December, has offered four spots for the Community Cup finalists. First and second-place finishers in each game will win an invitation to compete for the Grand Slamprize pool of USD$10,000 in December.  Andthe winner of each ‘Road to Grand Slam’ tournament will receive a Hori Arcade Stick – like the one used by pros such as Angry Bird and Big Bird – valued at over USD200. The tournament will run on Friday and Saturday at Middle East Games Con. Competitors can register at www.smash.gg/nasresports. 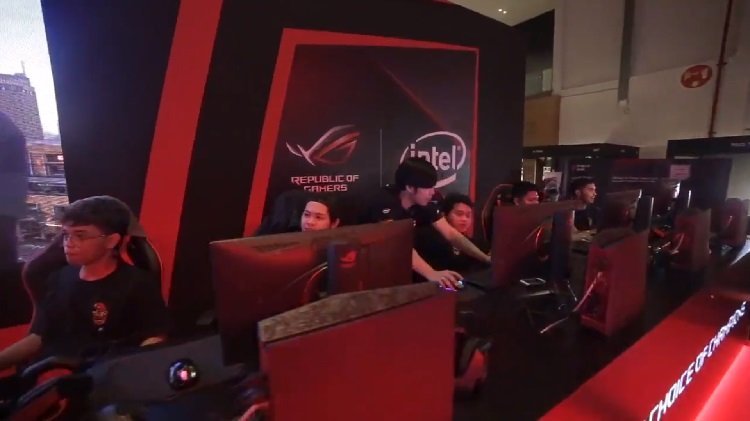 Meanwhile, there’s even a special Laban Up retro gaming area, where older gamers can relive the epic games of their youth – like Pacman, Sonic the Hedgehog and Mortal Kombat. Actress and comedian Lucie Pohl – perhaps best known as Mercy from Blizzard Entertainment’s Overwatch, has also voiced roles in World of Warcraft, Hearthstone: Heroes of Warcraft, and most recently Rixxa Fluxflame in World of Warcraft: Battle for Azeroth. She has also acted in TV series Red Dwarf XI, Homeland, and films including Fantastic Beasts and Where to Find Them.

Actor Doug Cockle, probably better as Geralt of Rivia – the monster hunter from The Witcher series, is also attending Middle East Games Con for the first time. Doug has been voicing Geralt since 2007, and event guests will be asking him what it’s like to be a witcher in person. Make sure you get your ‘Meet The Stars’ vouchers to be one of them. 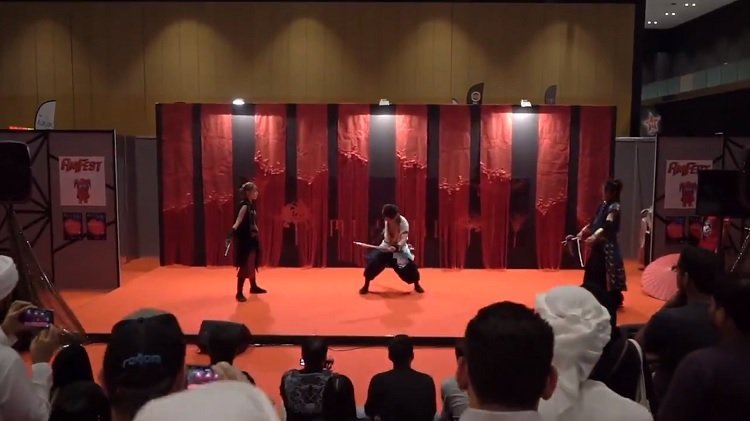 For the very first time in the region, Middle East Games Con brings an immersive anime and Japanese culture experience – ANIFEST – dedicated to Japanese anime, manga, cinema, music, games, fashion and food. Visitors are encouraged to come along dressed as their favourite characters and take part in a Cosplay Catwalk event on Friday on the Anifest stage, with the chance to win a professional photograph.