With more than 2.5 billion gamers who spent $123.5 billion on games in 2019, the global video games market will continue to rise in the following years. According to GoldenCasinoNews.com research, the unified market is expected to reach $138 billion worth by 2021. Compared to $52.8 billion in 2012, the video games market value will enlarge 2.5 times in the next two years.

The Leading Players on the Video Games Market
Revenues in the gaming industry are based on two significant sources, hardware like consoles, processors, screens, controllers or other accessories, and software or the actual games.

With $19.73 billion in gaming revenues in 2018, a Chinese entertainment company Tencent is the leading player in the video games market. The second most successful video game company is Sony Computer Entertainment, which generated $14.22 profit the same year. Microsoft and Apple ranked fourth and fifth in the list, with more than $9 billion income each. With $4.29 billion of gaming profit in 2018, Nintendo took ninth place on the list of the most successful video game companies in the world. 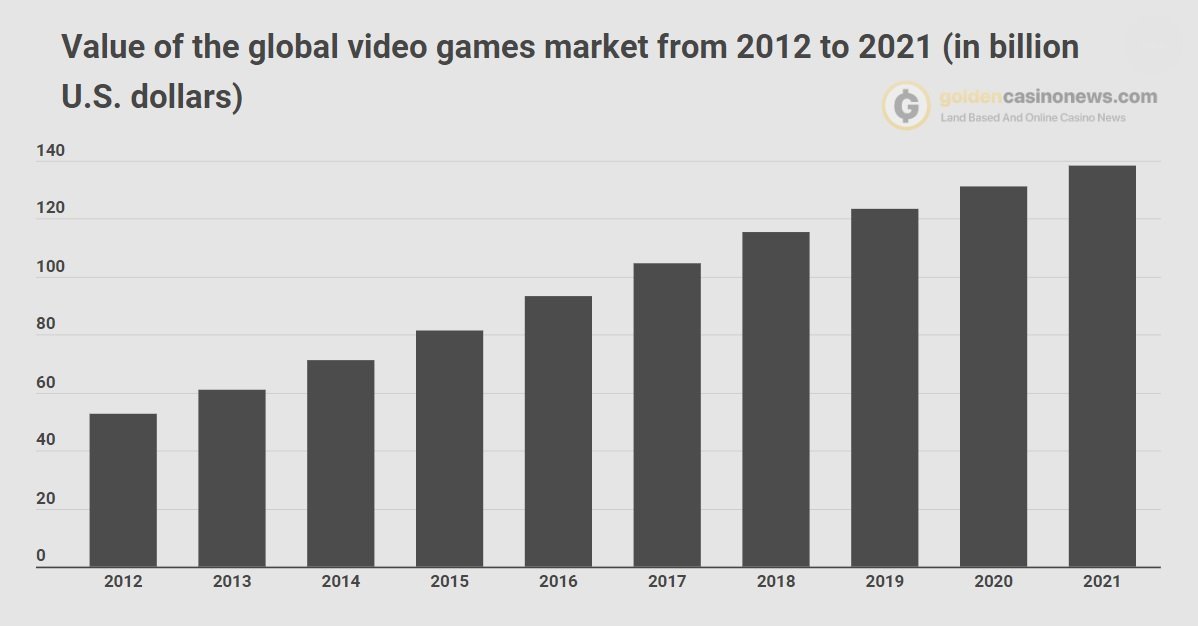 Top 10 Best-selling Console Games Mark 369 Million Sold Units in 2019
The recent data confirm that the console represents the fastest-growing segment of the video games market. The console driven revenue has been rising for 13.4% year on year to $47.9 billion in 2019. It is the second year in a row that an increase in this segment of the video games market will dominate mobile gaming growth.

Top 10 PC Games Reach Almost 55 Million Sold Units in 2019
The statistics show the top ten best-selling computer games of all time reached nearly 55 million sold units in 2019. With 7.96 million pieces traded worldwide, Sims 3 ranked first on the best-selling PC game list. The second most profitable PC game of all time is World of Warcraft, which sold 6.35 million units as of this year. With 5.26 million traded units, Diablo III ranked third on the list. The Blizzard Entertainment game was published in May 2012, selling over 3.5 million copies with the first 24 hours of its release.