Following the official announcement of the Ryzen 5000 series processors, AMD also showcased the new Radeon RX 6000 series graphics card in all its glory and also showcased a bit of what the RDNA 2 based GPU can do when played at 4K resolution. 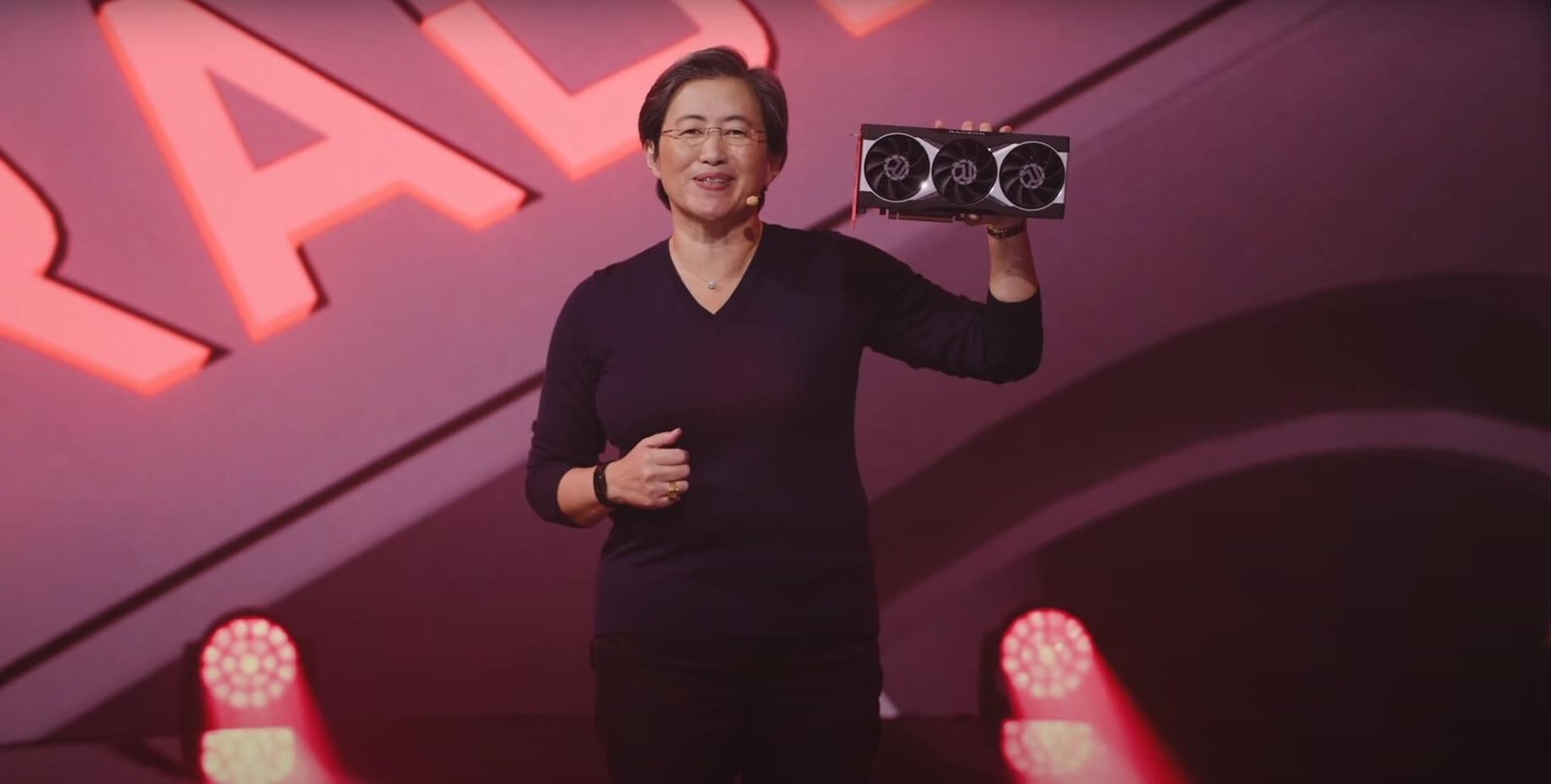 During the end of the Ryzen launch event, Lisa Su, the CEO of AMD, had showcased RDNA 2 4K gaming performance on three different game titles: Borderlands 3, Call of Duty: Modern Warfare (DX12), and Gears of War 5 (DX12). AMD showcased a glimpse of Borderlands 3  running beyond 60fps at 4K resolution. All three games were tested with ultra settings (Borderlands 3 is settings known as “Badass Quality” preset). And from what we can see, the graphics card was able to chunk out 61 fps on Borderlands 3, up to 88 fps on Call of Duty: Modern Warfare with DX12 mode, and 73fps on Gears of War 5 with Direct X 12 API. 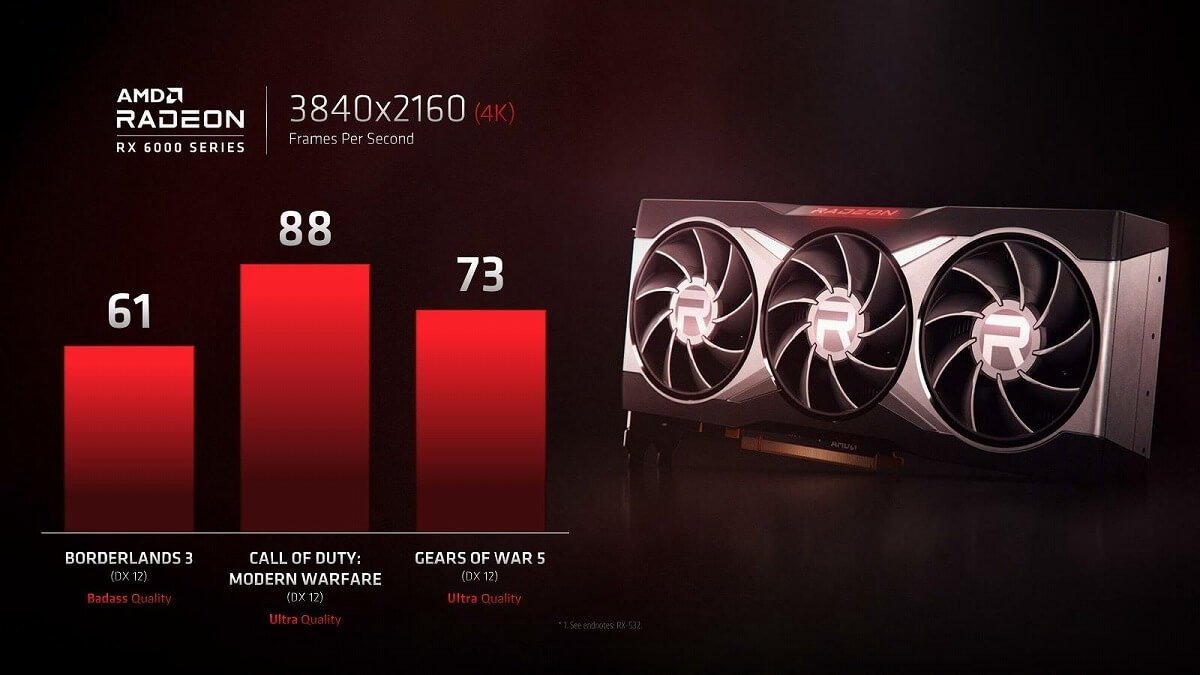 While AMD did not exactly specify which graphics card was used to achieve these scores, Lisa Su did mention that this card is by far the most powerful Radeon graphics card they have developed. AMD did not give any other information related to the specifications and also no mention of ray-tracing performances. The folks at Planet 3DNow was kind enough to create a comparison chart that pits the unknown Radeon RDNA 2 card against the NVIDIA RTX 3080 graphics card.

The chart shows RTX 3080 results from Eurogamer (Founders Edition RTX 3080) and scores from Hexus (MSI Gaming X Trio RTX 3080). For Borderlands 3, Eurogamer achieved 61fps on average and Hexus was able to get 62fps. The Radeon RX6000 card that AMD showcased as able to achieve 61fps. Gears of War 5 runs at 81fps on the RTX 3080 graphics card and 73 fps on the Radeon GPU. That is 8fps less than what the RTX 3080 GPU had achieved. We are not disappointed because AMD is finally back in the high-end GPU bandwagon and is able to deliver graphics cards that can almost match NVIDIA’s best graphics cards.

It should be noted that the unknown Radeon RX 6000 card was tested with a Ryzen 9 5900X processor, along with 16GB DDR4 RAM clocked at 3200 MHz. AMD had not disclosed yet which RAM speeds work best with the new Zen 3 processors, and since the RAM was clocked at 3200 MHz for this test, we are sure that the new Ryzen processors would deliver better gaming performances with the RDNA 2 GPU and faster RAM speeds.

AMD will be officially announcing more details about the new RDNA 2 based Radeon RX 6000 series graphics cards on the 28th of October, 2020. AMD had previously mentioned that the new RDNA 2 architecture would deliver up to 50% performance improvements over the previous RDNA 1 chips. The new RDNA 2 will also be based on the 7nm fabrication process and that the new cards will bring support for ray-tracing and impressive 4K gaming performances. The rumored Radeon RX 6900XT is said to be designed to compete against the NVIDIA RTX 3080 graphics card.