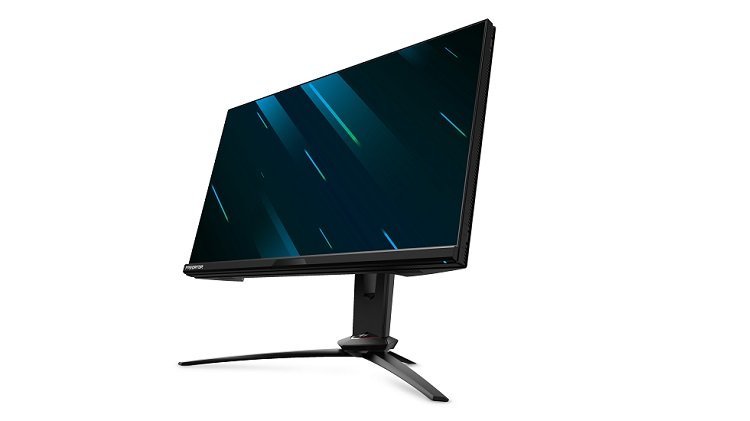 The Predator X25 can also adjust its brightness and color temperature automatically based on environmental light. With LightSense, the Predator X25 detects the amount of ambient light in the viewing environment and automatically adjusts its brightness settings to maximize viewing comfort. AdaptiveLight automatically adjusts the monitor’s backlights to suit the ambient light in the room, while ProxiSense reminds gamers to take a break after a set amount of time. Ergonomic, the monitor is adjustable with -5 to -25 degree tilt, +/- 30 degree swivel, up to 4.7-inch height adjustment and +/- 90-degree pivot. The new line includes Acer AdaptiveLight, and is ergonomically designed, with a stand that features tilt, swivel, pivot and height adjustment. RGB LightSense lets gamers choose a variety of different lighting effects, including color, speed, duration and brightness, which can be set to react to gameplay, music or video. Three 4.7-inch Predator FrostBlade fans and a CPU liquid cooler fan keeps the temperature low as battles heat up. Integrated Killer E3100G and Intel WiFi 6 support fast and reliable wireless connectivity. Overclocking can be activated at the touch of a button. An EMI-compliant edge-to-edge tempered glass side panel showcases the colorful ARGB lighting on the internal fans and has a tool-less design to simplify upgrades. The chassis includes a convenient headset cradle, handles and wheels. 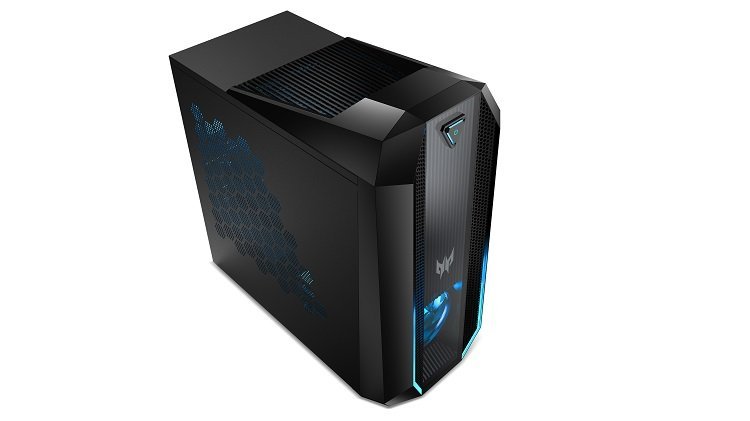 Predator Orion 3000
The newest Predator Orion 3000 models are made for gamers desiring a mid-sized tower rig for enjoying their favorite game titles or diving into streaming without seeing an impact on performance. Thanks to a 10th Gen Intel Core i7 processor and GeForce RTX 2070 SUPER GPU, it can tackle a wide range of games. Top that off with up to 64 GB of 2666 MHz DDR4 memory, up to 1TB PCIe NVMe SSD and two 3.5-inch SATA3 hard drives, and it has the guts for editing and storing videos.

Two custom-engineered Predator FrostBlade fans swiftly handle intake and exhaust to keep temperatures low, while the lighting on the fans and vertical light bars at the front of the case can be customized with special effects and up to 16.7 million colors via PredatorSense software. An optional EMI-compliant tempered glass side panel showcases the powerful components and colorful RGB lighting within. Killer E2600 fuels high-speed gigabit network performance and Intel Wi-Fi 6 functionality delivers high-speed, low-latency wireless performance. 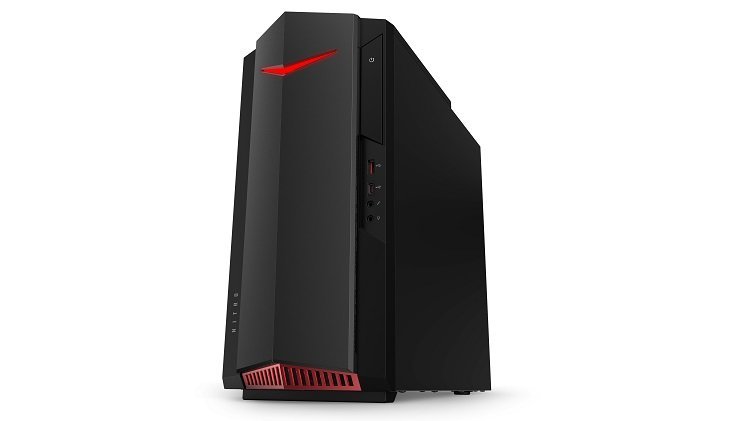 Nitro 50
The Nitro 50 Series desktops deliver powerful performance for lag-free gaming and smooth graphics-intensive tasks with up to a 10th Gen Intel Core i7 processor and up to a GeForce RTX 2060 SUPER GPU. Up to 64GB of DDR4-2666 memory fuels the best possible performance.

Sharp contours and red LEDs set the mood for epic gameplay, while the 18-liter chassis fits neatly on or under a desk. Powerful Predator FrostBlade cooling keeps the temperature low, and gamers can control and make adjustments to fan speed in real-time. High capacity storage is provided by a 1TB NVMe PCIe SSD and two 3TB HDDs.

Predator Cestus 350 Mouse
The latest Predator mouse brings gamers fast and accurate control without messy wires. Different games feature varying play styles, each having its own optimal settings. With the Predator Cestus 350, players can create five custom profiles or leverage preset DPI (up to 16,000) settings via the hyper-accurate Pixart 3335 optical sensor and make use of 8 programmable buttons, enabling them to optimize their mouse for each game. 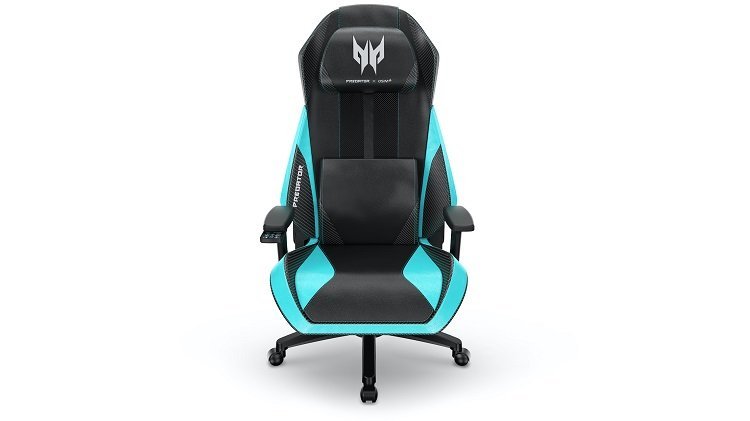 Predator Gaming Chair x OSIM
The new Predator Gaming Chair x OSIM gives a relaxing massage that leverages OSIM V-Hand Massage Technology to emulate the agile hands of a professional masseuse on the user’s neck and shoulders. The ergonomic chair is highly adjustable, able to be reclined up to 145 degrees, and gamers can make use of buttons on the chair’s right-side armrest to control two sets of rollers that mimic a pair of agile hands tracing the s-curve of the spine.

The chair’s rollers can be adjusted to suit six different shoulder positions in order to cater to people of different heights, which provide gamers with the ability to hit exactly the right spot, giving particularly aching muscles a bit of extra attention and care. The black carbon fiber patterned PVC leather chair comes with two built-in Bluetooth speakers on the chair’s headrest deliver dynamic sound effects to intensify gaming immersion without the hassle of a headset.