The WWE 2K19 Wooooo! Edition will be available exclusively for the PlayStation 4 computer entertainment system and Xbox One family of devices including the Xbox One X at participating retailers for a suggested retail price of $129.99.

“For all of my fans around the world, it’s exciting and humbling to see my career immortalized through the power of video games,” said Ric Flair. “This is going to be one stylin,’ profilin,’ limousine riding, jet flying, kiss-stealing, wheelin’ ‘n’ dealin’ son of a collector’s edition, and you don’t want to miss out. Wooooo!” 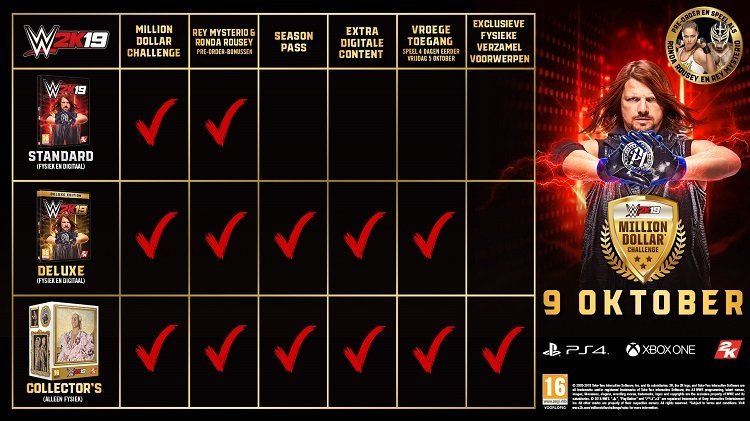 “Few in life have celebrated the mantra of ‘Never Say Never’ quite like Ric Flair, so it’s an honor to celebrate his legacy through the WWE 2K19 Wooooo! Edition,” said Chris Snyder, Vice President of Marketing at 2K. “This jam-packed collector’s offering of exclusive physical and digital items is the perfect way for fans to showcase their enthusiasm for ‘The Nature Boy’ and his incredible accomplishments.”